Firm Fined for Facilities Failings - Refurb with No Water or Toilets 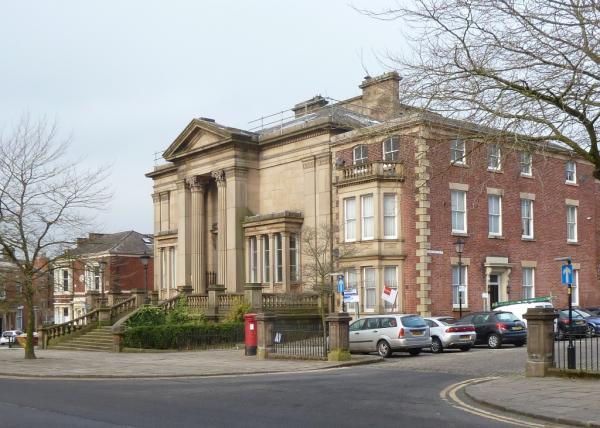 Altrincham based RNT Developments and Construction Ltd found itself in court after it brought in roofers, damp treatment experts, electricians, joiners and plasters to work on the nineteenth century Harris Institute – a former dance academy – on the outskirts of the city but it failed to provide basic facilities for workers.

The issue was spotted during an inspection initiative earlier this year when inspectors from the Health and Safety Executive made announced visits to construction sites across the region.

Preston Magistrates’ Court heard that refurbishment work had started on the Avenham Lane building on 3 January 2013, but HSE were not alerted to the absence of amenities until an inspector visited the site on 19 February.

During this time, a dry rot treatment subcontractor had filled six skips with plaster from the walls, with other contractors removing rotten timbers and floor boards in dusty conditions.

Workers had to use wet wipes and paper towels to clean themselves, and leave the site to find toilets elsewhere in the city.

Magistrates were told that the three-storey building had been empty for two years before the work started and the water supply had been turned off, which meant the existing toilets could not be used. The temperature inside the building was also bitterly cold.

RNT Developments and Construction Ltd, of Sheldrake Road in Broadheath, was fined £5,000 and ordered to pay prosecution costs of £1,000 after pleading guilty to a breach of the Construction (Design and Management) Regulations 2007 on 16 October 2013.

Speaking after the hearing, HSE Inspector Stuart Kitchingman said: “It would have been easy for RNT to reinstate the existing welfare facilities in the building, but instead the firm allowed work to be carried out in grimy and dusty conditions for nearly seven weeks without access to the most basic facilities.

“It’s totally unacceptable in the twenty-first century to find Dickensian-like conditions. In fact, it’s a legal requirement that workers aren’t treated in this way.

“The working conditions were archaic – more like they would have been when the building was first erected in Victorian times – and will no longer be tolerated in the 21st Century.

“RNT should have made sure there were welfare facilities on the site before it allowed the refurbishment project to start. Instead, workers had to face needlessly unpleasant conditions over several weeks.”

The inspection of the RNT site was carried out during a month-long national initiative earlier this year in which one in five construction sites were served with enforcement notices after failing health and safety checks.

HSE inspectors made unannounced visits to 2,363 sites where refurbishment or repair work was taking place. They issued notices at 433 sites, either ordering work to stop or for improvements to be made.