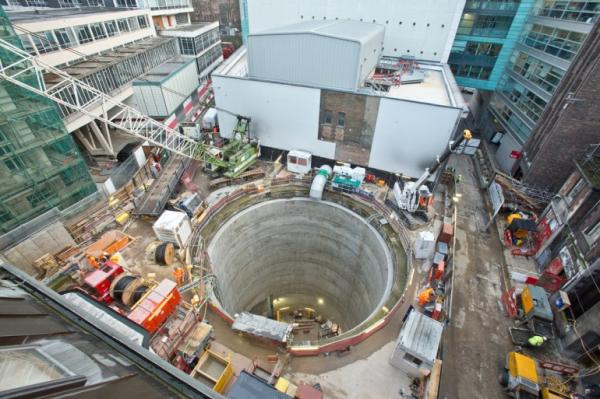 The London Fire Brigade was called on early Friday (7th March) morning to reports of a 43-year-old man suffering serious injuries in a tunnel in Fisher Street, Holborn, WC1 which is part of the Crossrail project.

Despite all the efforts of the emergency services, the man was pronounced dead at the scene by doctors from London’s Air Ambulance; the first fatality on the project. Police and London Ambulance Service also attended the incident.

When the incident occurred, work was taking place to build a new crossover tunnel between two train tunnels that have already been constructed by Crossrail’s boring machines.

The worker was spraying concrete onto the excavated ground when a piece of concrete from the ceiling of the tunnel fell and hit him.

Crossrail has suspended all work at Fisher Street and associated works across the project. A company statement on Friday said: ‘A full and thorough investigation into this tragic incident is being undertaken. The Metropolitan Police and the Health and Safety Executive remain on site.’

Crossrail, is a £15bn line that will operate from Maidenhead and Heathrow Airport in the west, to Abbey Wood and Shenfield in the east via central London and is due to open in 2018.