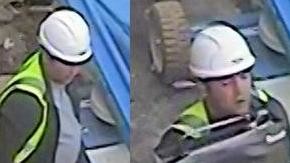 A fire in a Fitzrovia underground car park was extinguished by sprinklers while commercial burglars shoved a couple of chip fryers under their arms and mad off.

The fire in a Fitzrovia (the poshest part of London's very posh West End) underground car park was caused when two rickshaws caught light. According to the London fire Brigade, this incident highlights the potentially life saving benefits of sprinklers.

The manager of the rickshaw storage area was alerted to the fire on Saturday July 9 after smoke was seen in the car park. The Brigade was called to the scene and when firefighters arrived they found a small fire involving two rickshaws which had already been extinguished by the car park's sprinkler system.

Around 200 people evacuated the 20 storey commercial building above the car park after smoke alarms sounded. Thankfully no injuries were reported and damage from the fire was confined to the rickshaws in the car park.

A London Fire Brigade spokesperson said: “This incident highlights the clear benefits of sprinklers to businesses and we would urge all companies and business owners to install them. In this case the sprinklers successfully put the fire out at an early stage, limiting damage to the rickshaws and preventing the people in the building above from being put at risk from any fire.

“As well as limiting fire damage and being potentially life saving devices, sprinklers and other fire suppression systems help with business continuity by minimising disruption and allowing businesses to get back to normal as soon as possible.”

The cause of the fire is believed to have been a failure within a battery that was on charge in one of the rickshaws.

Detectives from London's Barking and Dagenham Borough are investigating a burglary at a commercial address. They have issued CCTV footage of two men they wish to identify and speak to in connection the theft of two high pressure fryers worth £12,000 each.

CCTV from within the shop alerted the owner on his mobile phone to a break in. Using an app on his phone, the owner was able to record two men searching the premises and remove two ‘Henny Penny’ high pressure fryers that were still in their packaging. The fryers had been delivered earlier that day.