FM Firms Shape-up. The Power They're Supplying - It's Electrifying! 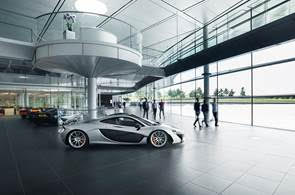 National Grid has awarded contracts to two FM service providers for the entire National Grid estate. They are 14Forty, a division of Compass Group UK and Ireland and CBRE. They will work together overseeing soft and hard facilities management services.

The deal was won following a competitive tender process and will feature a new style of operating model for National Grid. CBRE will provide hard services relating to the building, its systems and critical engineering work, with 14Forty delivering soft services, including ground maintenance. In addition, 14Forty will have an integration role to ensure the end user receives a seamless service as the two providers work together to provide services and solutions.

The contracts begin on 1st April 2016 for soft services and 1st June 2016 for hard services.

London Business School has given a three year contract to the Servest Group which will see 50 members of the Servest team provide cleaning, consumables and waste services throughout the campus.

The contract was won on a competitive bid - Servest impressed on the ways it would go about controlling the waste streams throughout the campus.

Vodafone UK and O2 cell mast sites in the UK

Mitie has been awarded a major five year contract with Cornerstone Telecommunications Infrastructure Limited (CTIL), a joint venture between Vodafone UK and O2 (Telefonica) to manage the network sites for both companies and consolidate their sites to create a single grid. The contract will see Mitie deliver FM maintenance services to the network covering the entire UK.

Mitie will be recruiting for over 150 new positions while mobilising the contract and these will be posted on the Mitie careers page.

Peter Mosley, MD of Mitie’s Technical Facilities Management business, said: “This is a fantastic contract award. We will now be responsible for maintaining the network coverage for two of the largest mobile phone operators in the UK.”

Imtech’s technical facilities management business, Imtech Inviron, has secured a new three year contract with Derby College to deliver mechanical and electrical maintenance services across all the main campuses. The contract will be delivered by resident engineers and includes the maintenance of several specialist services, including fume cupboards, kilns, local exhaust ventilation and compressed air systems.

This happened on 10 February but is worth a mention. Sodexo has launched the UK and Ireland chapter of its global LGBT employee network.

The Sodexo Pride network aims to lead on lesbian, gay, bisexual and trans (LGBT) inclusion among its 34,000 UK and Ireland employees. The network will also champion the role of allies, those who advocate LGBT inclusion and equality. The network has been launched to coincide with LGBT History Month.

Sodexo Group CEO Michel Landel opened an event aa Sodexo HQ in London by discussing his global vision for LGBT inclusion at. Tony Leech, CEO, Justice Services Worldwide, then presented the business case for having an employee network. Neil Murray, regional chairman, and Chris Bray, CEO of Sodexo’s Sports & Leisure segment and executive sponsor to the network, then spoke about their roles as LGBT allies and how others can become advocates for LGBT equality.

Landel said: “I am proud to support our colleagues working globally to champion LGBT inclusion. I firmly believe in the importance of bringing your whole self to work – it is critical for the engagement of our employees and allows our organisation to continue to foster an inclusive culture. The launch of this network marks an important milestone in our journey – it means that 65% of our global employee population now works in countries with a Pride chapter. This percentage will continue to climb.”

Finally, ISS Group has extended its contract with the McLaren Technology Group’s campus, including its Technology Centre, Production Centre and Thought Leadership Centre.

Jonathan Neale, COO, McLaren Technology Group, said: “The Campus is a very public symbol of our brand, one that represents the very essence of McLaren. It’s a critical aspect in attracting – and holding onto – the very best employees, investors or commercial partners.

“Whether it’s throughout the office environment, across the sweeping main boulevard, which houses our heritage car collection, or in the manufacturing and machining areas, our standards of presentation are an important part of our day-to-day operation.

Picture: Jonathan Neale, COO, McLaren Technology Group has burbled-on about sharing values and  developing the cultural DNA that exists between his company and ISS companies whilst Jeff Gravenhorst, CEO, ISS Group wittered on about sharing a relentless pursuit of excellence and an unrivalled approach to customer service - but you know as we know, this item is only here as the picture offers a bit of eye candy.