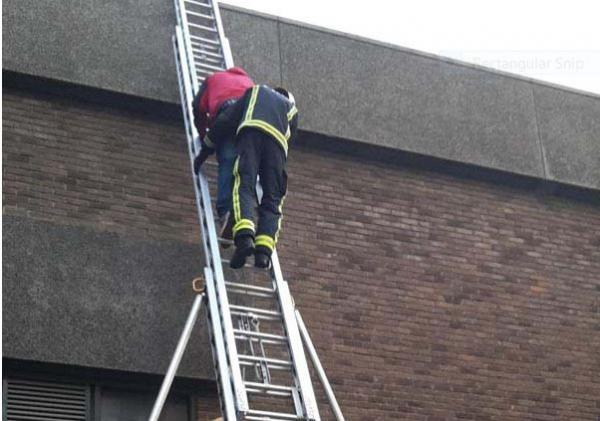 Sometimes working late is the only way to get to the top, as a late worker found out after being rescued from the roof of his office building.

Firefighters were called as a man was spotted on the roof of a building on Belmore Street in South Lambeth. A London Fire Brigade spokesperson said: "Working late is supposed to help you climb the ladder but in this man's case it was the opposite.

"After finding himself locked in the office he tried to negotiate his way through the building but got stuck on the roof.

"Unfortunately the young man was scared of heights so it took all the reassuring by firefighters to help him down the ladder.

"Thankfully the man was uninjured if not a little embarrassed. Our advice is if you're working late, make sure you know how to get out of your office building safely at night."

The Brigade was called at nearly 8:30pm last Friday and it took about an hour and a half to perform the rescue. Fire crews from Clapham and Chelsea fire station attended the scene.