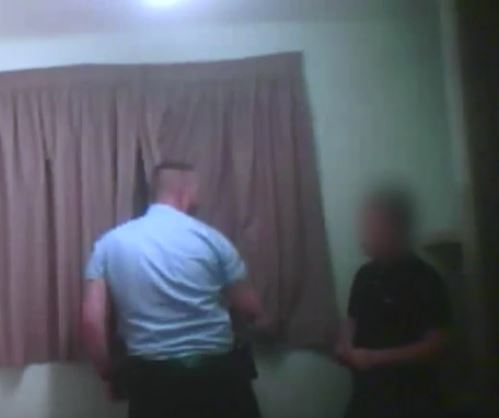 A BBC Panorama programme aired on Monday has resulted in foru G4S staff being sacked and three suspended for alleged cases of mistreatment of youth offenders at the Medway establishment in Kent.

According to the BBC the seven staff working at the Medway Secure Training Centre in Rochester and managed by G4S, were involved in ‘unnecessary force, foul language and a cover-up’.

It was announced yesterday afternoon that four of the staff suspended on December 30th will have their employment with G4S terminated with immediate effect. Three other staff identified in the allegations will remain on suspension pending further investigation. One additional person has been removed from operational duty pending further investigation.

Medway STC is a 76-bed facility for young offenders, aged between 12 and 18 and the centre has been managed by G4S in close co-operation with the Youth Justice Board of England and Wales (YJB) since it opened in 1998.

The allegations surfaced last month and G4S originally attempted to stop the programme being broadcast, arguing that the filming had been done ‘illegally’ and was ‘unauthorised’.

However, such was the seriousness of the claims against the members of staff that the security company was forced last Friday, in its own statement to refer ‘a number of serious allegations of inappropriate staff conduct at the Medway Secure Training Centre to Medway's Local Authority Designated Officer for safeguarding children (LADO), the YJB and the Ministry of Justice. The allegations centre around the unnecessary use of force and the use of improper language’. The police have launched a separate criminal investigation.

A number of organisations have already expressed concern over the allegations, including the Howard League for Penal Reform and Inquest, a charity dealing with those coping with the loss of relatives and friends in custody which was particularly scathing of the G4S management at Medway.

"That it took undercover filming to reveal the mistreatment of imprisoned children points to the culpable failure of monitoring and oversight by the YJB and G4S," said Deborah Coles, Director, Inquest. "Following the deaths of two children in 2004 following the use of force, assurances were made that the culture and practices would be changed and yet the abuses continue. It is clear these institutions are incapable of reform and must be closed down."

Shadow Home Minister, Andy Burnham, has called for G4S to be stripped of its contract. Talking to The Guardian, he was unequivocal in his criticism of the security company and its previous reassurances. “What shocks me is that we’ve heard these things time and again, and every time we’ve had bland assurance from G4S it won’t happen again and yet it just carries on the same.”

G4S has fallen back on what has seemed like a clean bill of health from Ofsted visits but questions have been raised about their accuracy when dealing with potential abuse. Commenting after the broadcast of the BBC's Panorama programme regarding Medway Secure Training Centre, Paul Cook, G4S Managing Director of G4S Children's Services said: "We are appalled by the behaviour of certain members of staff at Medway Secure Training Centre shown in the programme and I would like to apologise personally to any young people involved in these incidents.

"We take any allegations of unacceptable or inappropriate behaviour extremely seriously and are giving our full support and co-operation to the LADO and the police as the investigation moves forward."

Picture:   A BBC Panorama programme has led to sackings and suspensions at G4S

All Change for Medway Centre

After the shocking exposure of abuse by some G4S staff at the Medway Secure Training Centre, its boss is forced to stand down. The BBC Panorama exposé which was...