Getting an Incentive - Another Achieves Living Wage Recognition 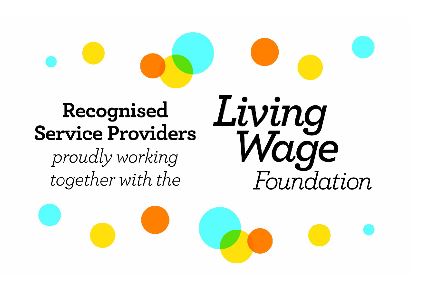 The award of the title of Recognised Service Provider by the Living Wage Foundation confirms that Incentive meets the standards of good practice set by Citizens UK, an independent body which set up the Living Wage in 2001. The Living Wage is calculated by the GLA in London and the Centre for Research in Social Policy (CRSP), against the basic cost of living in the UK. Currently it is £9.15 in London and £7.85 in the rest of the country.

Martin Reed, Incentive FM Group's MD, commented: “We have over 2000 staff across the business and we believe that every one of them deserves to receive a salary that reflects the real cost of living in the UK. We recognise there are challenges for our clients on this journey but we are working closely with them to help identify efficient solutions.”

Under the terms of agreement, OCS Group will pay the Living Wage to all staff directly employed at its UK headquarters. OCS has also undertaken to communicate and offer a Living Wage bid in proposals to all new prospective and current clients alongside any market rate bid, in order to ensure clients have a choice to implement the Living Wage as part of the competitive tender process.

“Well-trained and well-motivated people are critical to our business and our ability to deliver top quality services, “ said Chris Cracknell, chief executive officer of OCS Group. “All the evidence from studies carried out in organisations that have implemented the Living Wage is that the Living Wage improves employee loyalty. This, in turn, translates into high levels of retention, lower absenteeism and better quality of service to our clients.”

According to the Living Wage Foundation, in the facilities management sector, staff costs account for 80% of soft services contracts and around 40% in hard services.

“The scale of OCS Group’s influence in the market coupled with the scale of the company’s commitment to offering a Living Wage bid to all prospective clients, will help to set a new standard for recruiting and retaining quality people in facilities management,” said Rhys Moore, Director of the Living Wage Foundation. “The benefits the Living Wage brings to staff and business are clear. FM is an important sector in the UK in terms of the value it adds and the number of people it employs.”

OCS says that it hopes to work together with the Living Wage Foundation and other providers in the facilities management sector to raise standards for staff in the sector overall, through a combination of improved pay, training and career development.