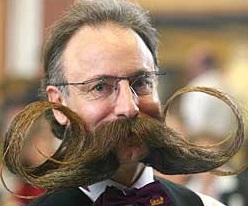 Next month clean-shaven men across the UK will ditch their razors and go hairy to raise money for, and awareness about, prostate cancer.

Better known now as Movember, the best moustaches may well be found at the Prostate Cancer UK (PCUK) headquarters in London. As part of Workplace Week 2014, FM professionals will have the opportunity to go behind the scenes at the charity’s new base in Tooley Street.

In addition to the best moustaches in London, visitors will be able to see how the charity managed to reduce its office space by 12%, while increasing staff numbers, when it moved to its current location in September 2013.

CEO Owen Sharp (who is also speaking at the Workplace Week Convention) used the relocation to make a radical shift in the organisation’s performance, to bring it closer to partner and donating organisations and to prepare the organisation to increase its fundraising capacity. From a design perspective, PCUK has made a great use of glass to create a sense of openness, while minimising distraction from noise.

Picture: Movember is the time for men to show their prowess in growing some furry stuff under their noses.