Getting in on the Copyright 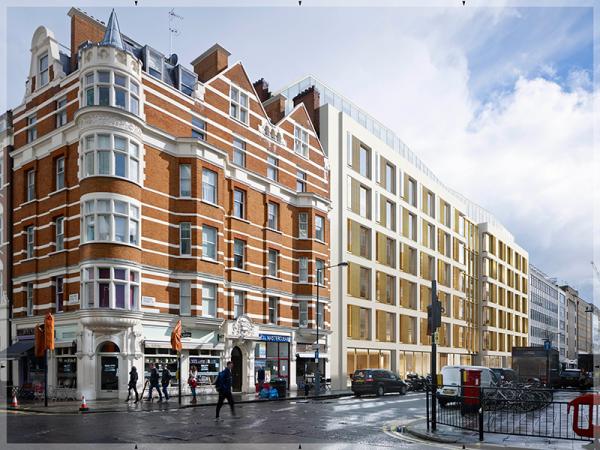 Derwent London has awarded Skanska a £45 million fixed price contract to design and build a commercial development in the West End of London.

Designed by Piercy & Company, the Copyright Building in Fitzrovia is a 9,800sqm scheme that will be a mixture of retail and offices.

The ground floor will provide 1,850sqm of retail space and there will be 7,950sqm of fully fitted out category ‘A’ offices across seven floors with two floors of roof terraces.

The scheme is targeting the BREEAM Excellent environmental standard, using sustainable approaches throughout the construction phase and installing solar panels on the building’s ‘green’ roof.

To deliver this project, Skanska has put together a specialist in-house team to combine its skills in design, construction, mechanical and electrical engineering and ceiling installation. It will install and commission chilled plasterboard ceilings, which are new to the UK, to all of the seven upper floors. Works are expected to be completed in autumn 2017.

“We are very pleased to have appointed Skanska as the main contractor on the Copyright Building,” said Richard Baldwin, Head of Development, Derwent London. “Together we will deliver a first class office and retail scheme in one of London’s most attractive areas.”

Picture: Skanska has landed a £45 million fixed contract with Derwent London for a mixed offices and retail development in Fitzrovia, London