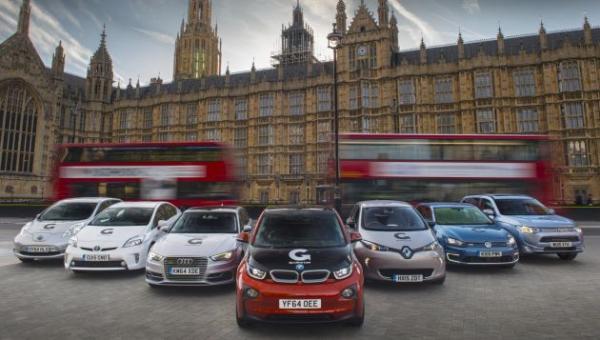 The uptake of plug-in cars has reached a record high in the UK with more than 115 electric cars registered every day during the first quarter of 2016.

In total, 10,496 plug-in cars came on to UK roads during the first three months of the year with one plug-in car sold every 13 minutes, representing the best period of electric car sales since the Plug-in Car Grant was introduced in January 2011, according to analysis by Go Ultra Low.

Its findings, along with the latest registration figures from the Society of Motor Manufacturers and Traders (SMMT) show plug-in car sales this year are ahead of schedule to exceed 2015’s record total when more plug-in cars were registered than the previous five years combined.

In addition, this first quarter success represents a 23% improvement on the same point last year when a massive 386% year-on-year rise in registrations was recorded.

As increasing numbers of motorists appeared to have switched on to the benefits of electric driving with the unprecedented growth over the last 12 months that has continued into the start of 2016.

The number of vehicles registered using the Plug-In Car Grant has now surpassed 58,000, nearly triple the amount that were registered at the start of last year.

“This continued and steep growth in uptake of plug-in cars is testament to how electric vehicles are becoming a natural choice for increasing numbers of new car buyers,” remarked Poppy Welch, Head, Go Ultra Low. “With low running costs, tax exemptions and free parking in many locations, many more motorists should be considering a plug-in vehicle as their next car. It’s no longer a question of will more motorists choose electric but when.”

Over the past 12 months, the UK ranks as the biggest major market for this sector and second only to the Netherlands in total EV registrations with 28,715 new plug-in cars representing one-fifth of the European Union’s collective EV sales.

Picture:   Sales of Plug-in electric cars are leaping ahead according to the latest figures