Getting Support for Growth 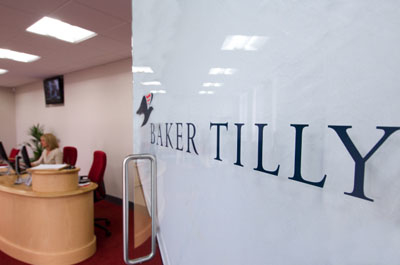 Accounting and advisory specialist, Baker Tilly, has invested in HR software to support its expansion plans. The company decided that it needed to manage its 3,500 staff efficiently after a major merger and opted for OpenHR from Advanced Business Solutions to support its ‘ambitious’ business growth.

Following its merger with RSM Tenon in September 2013, Baker Tilly is now the seventh largest accountancy firm in the UK with annual revenues of around £300 million and staff working across 35 UK offices.

The software is reportedly enabling the firm to store efficiently, update and access HR information relating to its and report on key metrics to shape its strategy.

The company implemented OpenHR from Advanced in 2010 to replace its previous ‘restrictive’ HR system and save costs by reducing its reliance on external IT consultants.

“The merger saw us effectively double our staff numbers,” said Lisa Clare, National HR Manager, Baker Tilly. “We needed to decide between OpenHR and Tenon’s HR systems. After reviewing both, we concluded that OpenHR’s greater flexibility and integration capabilities were best suited to support the business’s evolving requirements.”

OpenHR integrates with Baker Tilly’s in-house workflow and learning and training management to provide a central source of employee data. The system is used by 87 HR employees to maintain more than 10,000 records, ranging from basic staff contact details through to holidays, salaries, performance appraisals and benefits, such as pensions and healthcare.

The team now has a suite of more than 200 monthly reports measuring a range of trends, including absence and sickness levels. The software also helps to analyse turnover by geographical region or individual office.

Picture: After its merger with RSM Tenon in September 2013, Baker Tilly decided it had to update its software package and opted for OpenHR from Advanced Business Solutions.