Getting the First Degree 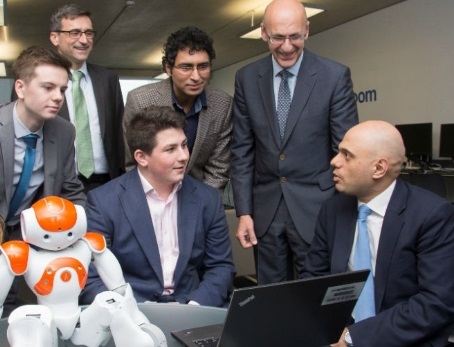 A new multi-million pound fund to increase the number of degree apprenticeships available to young people has been introduced by the government.

The scheme was launched by Business Secretary Sajid Javid on a visit to Manchester Metropolitan University before he set off for Australia for an ill-timed visit when the steel industry crisis broke.

First introduced in September last year, degree apprenticeships allow for the study for a full Bachelor’s or Master’s Degree while working.

Universities and employers are said to be ‘getting on board’ with institutions including Sheffield Hallam University and Queen Mary’s University London working in partnership with top employers such as TFL, Nestlé and BAE Systems, although questions will be asked if £10 million will be sufficient.

Research from Universities UK published as part of National Apprenticeship Week found that although degree apprenticeships are relatively new, numbers are growing with an estimated 1,500 to 2,000 starts for 2016 across 40 universities.

“Degree Apprenticeships are a logical extension of our approach to education and we are keen to develop them further in partnership with employers both within Greater Manchester and nationally,” stated Professor Malcolm Press, Vice-Chancellor, Manchester Metropolitan University. “We are proud of the contribution that Manchester Met makes in nurturing graduates with the necessary education and training to flourish in their careers and to help industry thrive. In particular as the UK's leading university for widening participation, we are determined to make a significant contribution towards the Prime Minister's 2020 targets.”

More than 60 people are already studying at Manchester Metropolitan University as part of their Digital and Technology Solutions Professional degree apprenticeship. The course sees students working in employers such as Barclays, Lloyds and Astra Zeneca and with local employers Reality Mine, and Mc2. The university is planning to deliver a chartered manager degree apprenticeship from September 2016 with major national employers.

Picture: Business Secretary Sajid Javid (far right) on a visit to Manchester Metropolitan University during the launch of the degree apprenticeship fund

A multi-million pound programme designed to open up employment opportunities for young disabled Londoners was announced week ending March 31. The City of London...