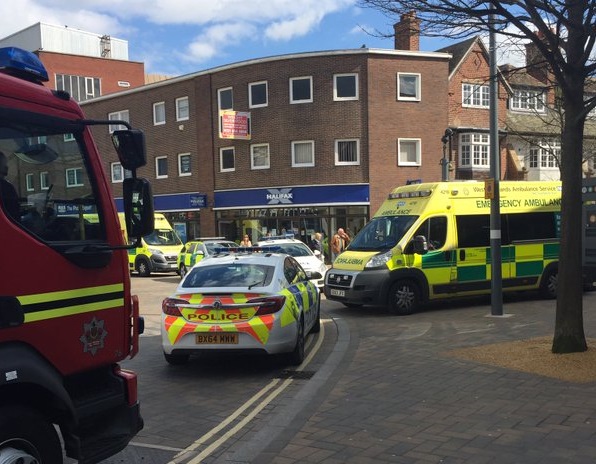 A woman has been badly hurt after falling down a lift shaft on Thursday afternoon (March 31). The incident happened in the Starbucks in the High Street, Solihull.

Two ambulances and a paramedic officer were sent to the scene after a 999 emergency call at 12.35pm on Thursday lunchtime. A West Midlands Ambulance Service spokesman said: “Ambulance staff were told that the woman in her 20s had called the lift but when she stepped through the doors there was nothing there and she fell approximately 25 feet to the bottom of the shaft.

“Ambulance staff worked with firefighters to extricate her from the confined space. The woman had suffered probable breaks to her pelvis and leg. After being immobilised and splints applied, she was taken to the major trauma centre at Queen Elizabeth Hospital, Birmingham for further assessment and treatment.”

The branch will stay closed while the incident, which will almost certainly result in a court case and a large fine, is investigated by the local authority. Staff are said to be shock and distressed  and will receive counselling.

Picture: High Street,  Solihull where the local Starbucks saw a woman fall down a lift shaft