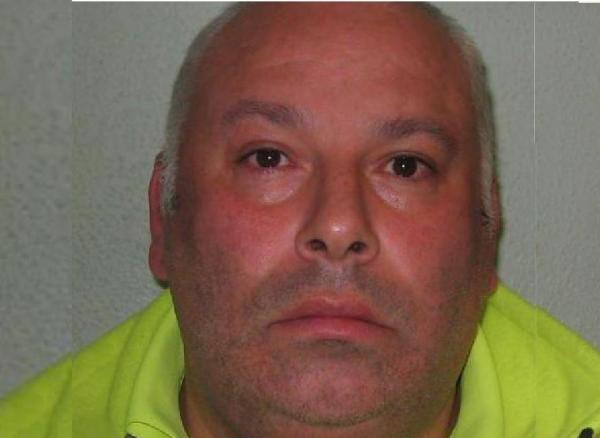 A gritter lorry driver whose illegal U-turn led to the death of a motorcyclist has been jailed.

Peter Wright, 45 of from Stanford-Le-Hope, Essex was convicted of causing death by careless driving at the Old Bailey on June 12 after a six-day trial and appearing at the same court on Friday, June 30, Wright was sentenced to nine months' imprisonment and was disqualified from driving for 12 months.

The court heard how on Monday, 2 February 2016 Wright was driving his gritting lorry on West India Dock Road, E14.

Also riding in his motorcycle in the same direction was the victim Anthony Duggan, 47 from Wapping, London, E1.

As the gritting lorry approached a gap in the central reservation near Limehouse police station, Wright performed a U-turn.

This was despite the presence of a 'no U-turn' sign forbidding such a manoeuvre. As the lorry turned, Mr Duggan's motorbike was in collision with the lorry.

Officers were quickly on scene and medical staff from London's Air Ambulance also attended. Despite all their efforts to save him, Mr Duggan was pronounced dead at the scene. Mr Wright stopped at the scene and was later interviewed.

He told officers that years earlier, when he had been started as a gritting driver, he had been told to perform this illegal turn to ensure the road was fully gritted.

He was subsequently charged with causing death by careless driving.

DS Cheryl Frost of the Roads and Transport Policing Command, who led the investigation, said: "There is no exception for emergency service vehicles to ignore a no U-turn sign. Rules, regulations and traffic signs are put in place to keep the public safe and those who ignore them are a danger to other road users.

"In this case, ignoring a traffic sign has had tragic consequences. A man has lost life and a family has been left devastated."

John Duggan, Anthony's brother, said in a victim impact statement read out in court: "Whilst as a family we all miss my brother terribly, there are two people who have suffered the most from Anthony's death. His loss has been devastating for his mother and his son. My mother, who is now in her late 70s, is extremely unwell. My mother's reaction to Anthony's death was one of utter devastation. She displayed a whole range of emotions, from anger to hopelessness and despair.

"My brother's world revolved around his son. He absolutely doted on him."

One of the UK’s biggest gas distributers has been sentenced after admitting safety failings in relation to the death of a young boy. On 24 April 2014,...

A fatal injury occurred earlier this week when a staff member at the Blackpool branch of Waterstones in Blackpool was crushed when a sign, loosened by high winds, fell on...