Growth Good - But Capacity Could Be a Problem 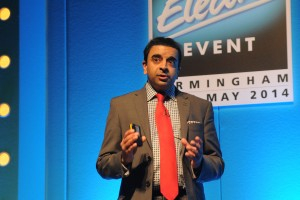 In its latest forecast, the Construction Products Association (CPA) believes that construction output is likely to increase 5.3% in 2015 and 17.8% by 2018.

However, it noted that growth is expected to slow in the medium term due to election uncertainty and capacity constraints.

The CPA believes that growth rates across most of the industry are expected to slow in 2016 and 2017 because of uncertainty regarding the outcome of the General Election which may give pause to both contract awards and industry investment. “While this is unlikely to have an impact on construction activity this year, due to the lag between contracts and activity on the ground, it may have an adverse effect on output in both 2016 and 2017,” argued Francis. “Private house building growth is expected to slow from 10% this year to 5% in 2016 and 3% in 2017. In addition, activity in the commercial offices sector, which is still 39.5% below the pre-recession peak, is forecast to grow 7% in 2016 and 5% in 2017. Growth in total construction output, therefore, is expected to slow to 4.2% in 2015 and 3.4% in 2016.”

The industry had concerns regarding capacity constraints in the medium term. While output in the sector during 2014 was 8.5% below the level seen in 2007, overall capacity last year was not seen as a key issue. It had to be a matter of concern that construction output is forecast to surpass the pre-recession peak during the next 18 months, despite the industry having lost 343,000 jobs and considerable materials capacity in the seven years following the financial crisis.

“As a result, it is essential that there is significant investment in UK construction skills and manufacturing over the next few years if the growth forecast is to be achieved,” concluded Francis.

Put That In Yer Pipe And Line It

Drainage engineers have used no-dig pipe lining technology to carry out a comprehensive upgrade of surface water and foul drains at an East Midlands power...