Have Your Say on Sentencing Guidelines 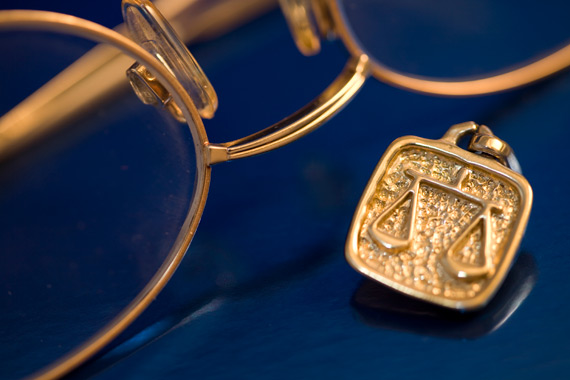 The Sentencing Council has opened a consultation on proposed sentencing guidelines for fatal and non-fatal health and safety offences, corporate manslaughter and food safety and hygiene offences. This marks a significant development in the sentencing of regulatory offences, representing a complete shift in approach and a move towards potentially ever-increasing fines for these offences.

This consultation looks to replicate the recent environmental sentencing guidance by setting clear parameters in terms of starting points and bands for levels of fines. The guidelines are the first of their kind, applying to both individuals and organisations, ranging from small family-run businesses to large multinational corporations.

Why are the guideline required?

The Sentencing Council has indicated this consultation is taking place because:

What is the consultation about?

What do the draft guidelines cover?

This guideline sets out a step by step approach to the sentencing exercise for organisations in a similar way to the Environmental Sentencing Guideline, which we reported on previously and has been in force since July 2014.

What is the approach?

Step one requires the seriousness of the offence to be determined by considering:

a) the culpability of the offender (there are four categories of culpability for organisations - low, medium, high and very high); and

b) the harm caused by the offence (there are also four categories of harm, calculated by considering the seriousness of the harm risked and the likelihood of that harm arising. When determining the level of harm, both actual harm and the risk of harm will be considered).

Step two requires the business to be placed into one of four categories of defendant:

d) Large organisations with a turnover of £ 50 million and above

The categories of defendant, culpability and harm are then used to determine the appropriate starting point and range for any fine imposed.

For example, for a large organisation where the culpability was assessed to be very high, the starting point and ranges for any penalty would be calculated using the table below. The Court will then take into account any aggravating or mitigating factors which warrant an increase or decrease of the sentence.

Step three then provides flexibility to allow the fine to be adjusted according to wider financial circumstances of the offender and to move outside the ranges proposed at step two if appropriate. Some limited guidance is provided in the guidelines, however it would generally be left to the Court’s discretion as to when this is appropriate.

Step four allows the Court to consider other factors (apart from financial) that warrant reduction of the proposed fine, for example if the offender is a public body.

Step five allows a reduction for assistance given to the prosecution.

Step six sets out the credit to be awarded for an early guilty plea.

Step seven asks the Court to consider compensation and ancillary orders where appropriate.

Step eight covers the totality principle so that, when sentencing for more than one offence, the penalty remains proportionate.

Step nine imposes a duty on the Court to give reasons when sentencing.

For individuals, the approach is broadly similar but includes other factors which are relevant. For example, unlike organisations, individuals may also receive custodial sentences and community orders in addition to a financial penalty.

The consultation also reviews the Corporate Manslaughter and Health and Safety Offences Causing Death Sentencing Guideline, introduced in February 2010. The aim of this review is to ensure consistency with the sentencing approach to health and safety and food safety offences.

Any content in the current corporate manslaughter guideline which relates only to health and safety offences causing death will be removed, as this will be covered by the new guidelines referred to above.

As with health and safety offences and food safety offences, the guidelines require that a number of steps are followed (broadly in accordance with the approach set out above) in order to determine the amount of any fine, with starting points and ranges being set out based on the category of defendant.

For example, for a large organisation with a turnover of more than £50 million, the table below would be used to calculate the appropriate penalty.

What are the implications?

The guidelines, if introduced, would be a marked departure from the current system.

For corporate manslaughter, whilst it appears unlikely that fines imposed on smaller businesses would significantly depart from current sentencing practice, what is clear is that the fines available for those with greater resources could be significantly increased, with potential fines of up to £20 million for large organisations with a turnover of more than £ 50 million.

For health and safety and food safety, the sentences for lower level offences are unlikely to change because the Sentencing Council believes these sentences are already proportionate. However, the consultation clearly states that tougher penalties will be imposed for more serious offences and fines will be big enough to bring the message home to organisations and emphasise the importance of health and safety at work.

How do I respond?

Let us do it for you

Responses must be submitted by 18 February 2015. Following the consultation a final guideline will be produced and used by courts across the country.

If you would like us to make submissions on your business’ behalf, please do let us know and we will feed your comments into any response from Clyde and Co. We can be contacted on SHERegulatory@clydeco.com

Crime and Punishment Guidelines May Not be Proportionate