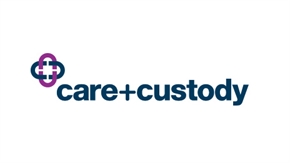 Mitie’s Care and Custody business has been awarded a new contract with the Home Office which is valued at £180m over eight years. With a potential further three year extension, the contract could have a total value of up to £250m.

This sees Mitie becoming the largest single private sector provider of immigration detention services to the Home Office, less than three years after entering the market.

The firm will be responsible for managing and maintaining Colnbrook and Harmondsworth Immigration Removal Centres near Heathrow from September 2014, The two previously separate centres will be joined to save money.

Mitie will care for over 900 immigration detainees providing full centre management, including all custody services, welfare, regime and recreational activity.

Met Set to Resume Market Testing for Ł800million Worth of Contracts

Texts That More Than Perplex - Government Outsourcing Takes Another Bashing

Following the news that two £multi-billion FM and outsourcing providers might find themselves off the Government’s Christmas Card list, another major...

Remote Vs. Home Working â€“ Do you Know the Difference? Â

Most of us now have some kind of home office set-up, but are we actually working remotely or just working from home? Julie Jarvis, Managing Director of property &...

Eight Ways To Keep Fit While Working From Home

Working from home means you might miss out on walking or cycling as part of your commute and gives you even more excuses not to get up from your desk. Exercise...

Eight kitchen porters who were recently transferred to ACT Clean, as the company took up a contract at a Mayfair members' club, have been suspended after they asked...