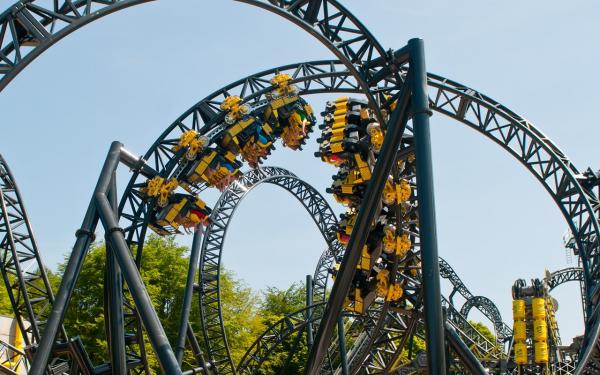 The accident of the rollercoaster at Alton Towers in Staffordshire this June was the result of human error according to the operator Merlin Entertainments’ own investigation.

The Smiler rollercoaster crashed on June 2nd, 2015 and resulted in five serious injuries resulting in two women – Leah Washington and Victoria Balch – having to each suffer amputations of one of their legs.

The investigation concluded that the incident was the result of ‘human error’ culminating in the manual override of the ride safety control system without the appropriate protocols being followed. The investigation also identified areas where protocols and the training of employees should be improved. No technical or mechanical problems with the ride itself were found.

Immediately following the incident, the theme park implemented a number of improved safety measures across all multi-car rollercoasters to ensure that an incident of this nature can never happen again. On re-opening, The Smiler ride will also incorporate an ‘extensive’ set of new safety measures, including technical improvements and enhanced training. An additional level of authorisation will also be added to the existing supervisory protocols to ensure that no manual override process may be completed without a senior member of staff authorising and being in attendance.

The technical improvements include multiple additional CCTV cameras and additional manual reset buttons around the track which require staff to inspect each individual section to verify it is clear before authorisation can be given to restart the ride.

Alton Towers management has taken full responsibility for the incident and continues to co-operate with the continuing HSE investigation which has yet to report its findings. “We are confident that lessons have been learned and that appropriate action has been taken to address all the issues raised by our investigation and we believe our core conclusions will be in line with the HSE findings,” said a spokesperson. “Having completed all of the necessary steps, the ride, which has been closed to the public since June, will re-open in 2016.”

The theme park is currently closed for its winter break but it is expected that approximately 190 staff will lose their jobs due to 11.4% lower attendances.

Picture: The Smiler rollercoaster at Alton Towers will open with additional safety features next year

The HSE made a brief statement on Friday April 22 as Alton Towers owners’ have plead guilty to safety failings. Neil Craig, head of operations for HSE in the...