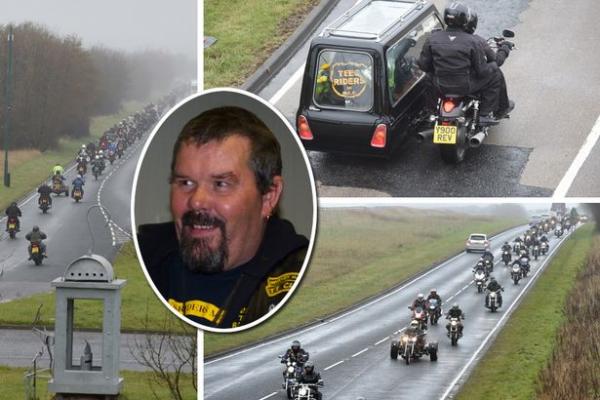 The human scale of the incident at Didcot Power Station last month was evident this week with the funeral of demolition man Mick Collins that was attended by over 1,000 bikers.

The demolition work undertaken by owner RWE took a tragic twist on 23 February when part of the facility collapsed suddenly, killing Mr Collins and three others whose bodies have yet to be recovered, while five people were taken to hospital.

A Teesider, family man and keen biker, the funeral was held on Tuesday at Kirkleatham Memorial Park where motorcyclists from all over the country attended as a mark of respect. The other people presumed killed were named as Kenny Cresswell, John Shaw and Chris Huxtable.

There has been criticism over the length of time it is taking to recover the three people who were caught under the sudden collapse of the 10-storey part of Didcot Power Station A which is owned and run by RWE and was closed in March 2013. The company handed over the demolition of the facility to Coleman and Company, a specialist in controlled demolition works.

In a joint statement last Friday (11 March) on behalf of Thames Valley Police and HSE, the emphasis was placed on recovery of the bodies and that police officers were supporting the families.

However, in a pointed part of the statement, both the HSE and police make clear where any blame could be laid. ‘The site owners RWE have overall responsibility for the safety of buildings and structures on their site...We are working hard to identify as soon as possible what caused the building to partially collapse, to provide answers and prevent such a tragedy happening again.’

For its part a spokeswoman for RWE told TWinFM that the company understood this was a difficult and distressing time for the families of the missing workers. “In line with HSE’s request, we are providing an independent expert’s assessment on the stability of the remaining structure on site,” the spokeswoman said. “We are therefore doing everything we can to assist Thames Valley Police, HSE and Coleman and Company in order to progress the search as safely and quickly as possible. We have also offered to meet up with the families next week when we have more information.”

Picture: The funeral of Mick Collins, one of the four workman killed when part of Didcot Power Station A collapsed, was held this week and was attended by many biker friends