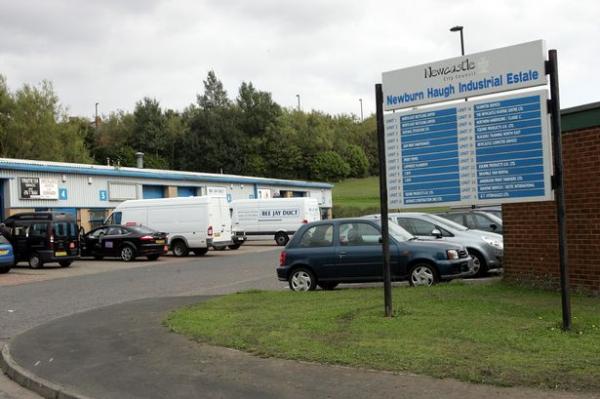 A HVAC firm has been fined after Neil Pearson, 27, from Teesside, suffered fractures to his left hand and wrist and strained his right arm after falling nearly three metres at premises on the Newburn Industrial Estate on 1 November 2012. The case was heard on 22 October 2013.

Boldon based HLA Services Ltd was prosecuted by the Health and Safety Executive (HSE) after an investigation found that the workers had not been provided with the correct equipment for work at height. Newcastle Magistrates’ Court heard that Mr Pearson was one of two men sent to the site to carry out the repairs. He climbed up a ladder to unfasten the clips which attached a rain cover to the top of the extraction unit.

Mr Pearson stepped off the ladder and stood on the small lip at the front of the unit to reach the back clips. He remained standing on the lip while a colleague moved the ladder to the other side of the unit, but fell when the rain cover became unstable.

After undergoing two operations, Mr Pearson wore a brace on his left arm for around four months and still struggles with movement and grip in his wrist and hand.

Mr Pearson, who is left handed, can no longer work as a commercial catering servicing engineer and has had to retrain in a new occupation.

The HSE investigation found the workers had not been provided with a risk assessment or method statement for the work, and that the company failed to ensure the work at height was properly planned.

HLA Services Ltd, of Boldon Court, Burford Way, Boldon, was fined £10,000 and ordered to pay £710.50 in costs after pleading guilty to a breach of the Health and Safety at Work etc Act 1974.

After the hearing, HSE inspector Sal Brecken, said: “This was a wholly avoidable incident resulting in serious injury. “Work at height is inherently fraught with risk. It is therefore essential that it is properly planned, managed and monitored to ensure it is carried out safely, and that all necessary precautions are taken to prevent falls and protect workers.

“If the company had properly planned the work activity and provided suitable equipment, such as a tower scaffold, then it could have been carried out safely. Instead Mr Pearson suffered painful injuries which have had a massive impact on both his work and personal life.”

The latest figures show that 40 workers were killed and almost 3,500 seriously injured following falls in the workplace during 2011/12.