In This We Trust 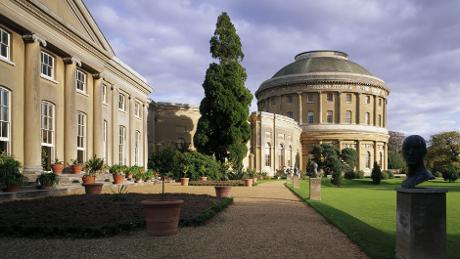 The National Trust is making its biggest ever investment in renewable energy to heat and power more of the historic places under its remit.

The £30 million investment follows the successful completion of five renewable energy projects at properties in its care and is part of a £3.5 million pilot it launched with Good Energy in 2013.

The projects included a biomass boiler at Ickworth in Suffolk which was officially switched on by Amber Rudd, Secretary of State for the Department for Energy and Climate Change (DECC). The new boiler replaced a 5,000-litre oil tank in the grounds, removing the risk of contamination from oil leaks.

Other renewable energy ambitions include:

“In setting out our 10-year plan we recognised we’ll have to play our part in helping to mitigate climate change,” said Patrick Begg, Rural Enterprises Director, National Trust. “Many of the properties in our care are energy intensive and in remote areas without access to mains gas. Installing renewable technology in these places is a huge challenge but we’ve learned a great deal and will continue to do so.”

Picture: As part of the National Trust’s £30 million 10-year plan, a biomass boiler was recently installed at Ickworth in Suffolk

According to a report in The Telegraph, mandatory unconscious bias training has led to several resignations at the National Trust. Some volunteers have taken issue...