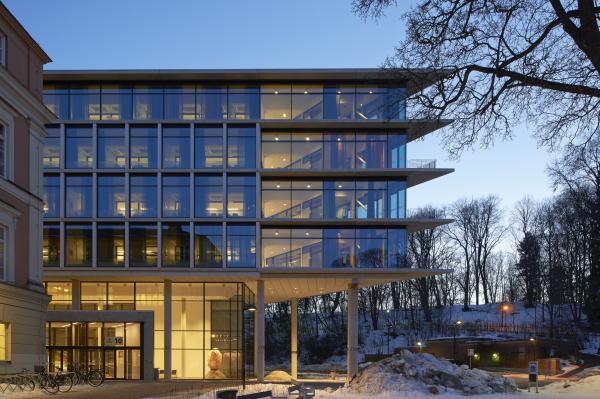 Tengbom has been invited to compete in two international competitions in China and has been nominated in three categories at the World Architecture Festival Awards Tengbom international commissions have increased in number and scale and two new limited invitation competitions in China are the latest to be brought home. Both competitions will be completed in autumn 2013.
Competing with two other international architectural firms Tengbom will design a new 1500 bed hospital for Kunshan, 20 minutes by fast train to the north east of Shanghai.
In competition with four other international architectural firms Tengbom is also designing a new district covering 3.4 square kilometers, Kunshan Qingyang Eco Master Plan, in Jiangzu province.

Tengbom has a very strong position globally in the field of sustainable urban masterplanning, especially in China, where the company is behind the design of four of the top eco-city projects in recent years, according to a recent Chinese study.

International success is also reflected by Tengbom Swedish projects that were recently nominated in three categories at the World Architecture Festival Awards, often loosely referred to as the "World Architecture Grand Prix", to be conducted in Singapore in October 2013.

Claiming to be the UK’s largest supplier of recycled and refurbished modular buildings, Foremans now has the largest selection of previously owned Portakabin...

Getting on Your Bike

Motorcycle insurance specialist Bennetts had a strong opinion about creating a fresh and striking working environment that would appeal to current staff while also...