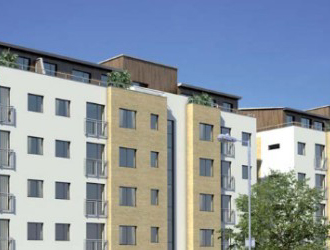 Vinci Facilities has won a contract to complete upgrade work to a block of flats on behalf of New World Housing Association, which owns and manages over 300 homes throughout South London.
The contract will see Vinci begin work in July to upgrade both the kitchens and bathrooms in the flats, which are located in Blackheath, South London.
Meanwhile the company has also won a contract to undertake total facilities management services for London brokerage firm, Newedge UK Financial. The contract sees Vinci take on M&E, cleaning and hospitality as well as running the helpdesk, reception, switchboard and post room services.

Comelit Group is supplying the VIP door entry solution to the first phase of Project Light at London's Canada Water in Southwark. The deal is with Ardmore Group, who...

A trial of the Intratone access control systems resulted in zero faults over two years. The system will now be rolled out across London, Hertfordshire and the South East,...