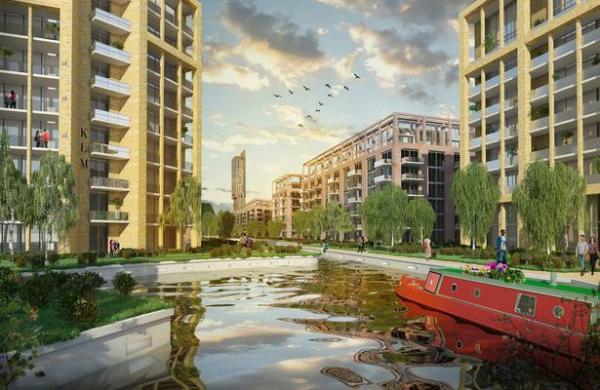 Last week’s Chinese state visit and the signing of billions of pounds worth of business is already evident in a number of projects including at Hinkley.

The Kier BAM joint venture for the Hinkley Point C nuclear power station has taken a £203 million contract to deliver the first phase of the project.

The work includes ‘substantial’ excavation of over 5.5 million cubic metres of material, large scale earthworks, complex terracing structures and the creation of an expansive road network. The programme has also been designed to enable other major contractors delivering other elements of the project, to be able to collocate and collaborate at certain milestones, in order to maintain momentum once works are underway.

The new contract is estimated to create around 600 jobs in the area, including a ‘significant’ amount of local employment as well as strong opportunities for skills development and progression of an apprenticeship programme.

As part of the grand plans for the Northern Powerhouse concept, Beijing Construction and Engineering Group (BCEG) was appointed as main contractor for the £700 million Middlewood Locks regeneration project in Manchester.

The company has also committed itself to £4 million development financing to assist in encouraging the project in creating new commercial and residential facilities.

If all goes well there will be buildings up to 32 storeys in height, 550 homes as well as a convenience store, commercial space and landscaped areas around the canal basins. Plans are already in place for a gym, restaurants, retail outlets and large office buildings.

The General Contractor Agreement was signed and witnessed by President Xi Jinping alongside Prime Minister David Cameron at London’s Mansion House during the official State Visit.

Situated in London’s only Enterprise Zone and enjoying a range of tax benefits, the 4.7m sqft development is seen as London’s flagship regeneration project. It will cost £1.7 billion to transform Royal Albert Dock into London’s next business district with up to 30,000 new jobs and predicted to add £6 billion to the UK economy.

The fourth major development with a Chinese dimension will go ahead in Croydon with an agreement between Guildhouse UK and Rosepride Properties China Building Technique Group Company for a 200m-plus residential tower close to the Whitgift shopping centre.

The Chinese company is a specialist for skyscrapers, which is one of the key reasons it was selected to work on the design and engineering consultation for One Lansdowne Road tower.

There were earlier hopes for a 55-storey tower and 15-storey block but these have been looked at again. Instead there will be a dual tower block rising to 57 floors and 35 floors, comprising 900 domestic units.

Picture: The Middlewood Locks regeneration project in Manchester is one of the big gainers in a series of contracts agreed last week