Keeping in Advance of the Pack 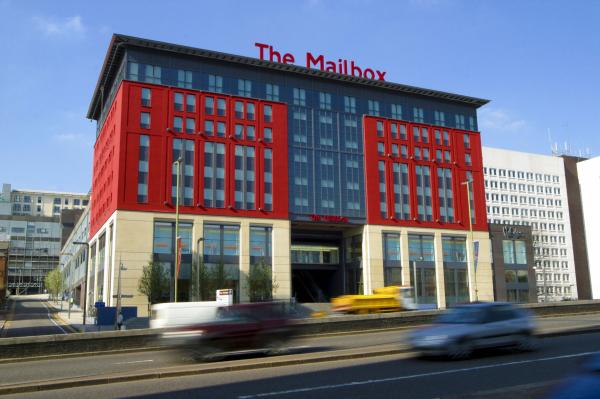 Claiming to be the third largest software provider to the UK market, Advanced has officially launched its new Midlands headquarters at the Mailbox in Birmingham.

The company states it is undergoing a massive transformations which includes the launch of a major talent acquisition programme creating 1,000 roles over the next 18 months and the Mailbox move is seen as part of the strategy.
Four hundred of the new roles will be based in the company’s newly refurbished headquarters, occupying 45,000sqft of space on the well known building’s third floor and it is reportedly one of the city’s largest commercial accommodations on a single floor. Advanced has grown to a £750 million company in eight years and following its acquisition by Vista Equity Partners, in March 2015, it has undergone significant change and investment in its people and offerings, creating a platform for further impressive growth. Currently, it employs 2,000 people and has a customer base of more than 20,000 organisations including Virgin Trains, Harvey Nichols, Birmingham Children’s Hospital and Carewatch.

The high potential entry level programme is designed to attract Britain’s best talent. The drive welcomes both graduates and non-graduates of all ages and backgrounds looking to pursue a career in IT. Candidates undergo a rigorous assessment and, if successful, are offered the chance to fast-track their careers in the organisation. A minimum of 50% of new employees will come from the talent acquisition programme.

“With more than 6,000 firms in Greater Birmingham employing 36,000 people and delivering £1.6 billion to the local economy, Advanced is joining one of the UK’s best performing digital economies,” stated Neil Rami, CEO, Marketing Birmingham. “Tech companies are increasingly looking to our region’s offer to set up, thrive and expand. The strength of this sector means Advanced has a large local talent base from which to recruit with some 40,000 students studying computer science or business in Birmingham each year.”

Picture: Birmingham’s Mailbox is now home to Advanced and is seen as key to its strategy for further growth by the software provider

Boultbee Brooks Real Estate has completed a 10-year lease with the charity Diabetes UK for a new commercial property in East London. The new 25,000sq.ft commercial...