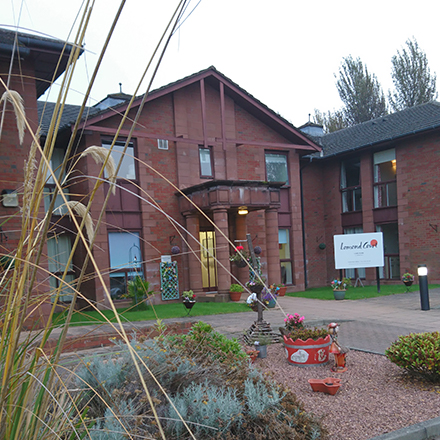 A delivery of cleaning products to a 'Kindness' care home went dreadfully wrong when a patient with Alzheimer's mistook an open pack of chlorine tablets for mints. The patient died in excruciating pain.

HC-ONE have an HQ is in Darlington, County Durham and a portfolio of over 300 care homes in the UK. The company describe themselves as the Kind Care Company, with 'Kindness' the key word in branding  that includes the Kindness Awards for over 6,000 staff members.

Kirkcaldy Sheriff Court heard how on 4 August 2015 a delivery of cleaning products was made to Lomond Court care home. These were left unattended in a corridor, in an unsealed box. In that box was a tub containing chlorine tablets which were unwrapped, about the size of a 10 pence piece, white and similar in appearance to mints.

Staff found James McConnell, a 72-year old resident, distressed and in pain, close to where the cleaning products had been left. There was a white tablet on the floor next to him and at least one tablet in his mouth. The tub of chlorine tablets was lying open and three of the 200 tablets were missing. Mr McDonnell sustained an injury to his mouth and tongue as well as vomiting. As a result, he developed aspiration pneumonia, complications of which led to his death.

An investigation by the Health and Safety Executive found that prior to Mr McConnell’s death, the company had failed to assess the risk posed by several chemical products (including the chlorine tablets). They also failed to have an adequate system of work to manage deliveries of chemical products or to have an appropriate review procedure in place for the delivery arrangements of the chemical products for a period of two years.

Speaking after the hearing, HSE inspector Garry Miller said: “This distressing incident confirms the need for anyone handling potentially harmful substances to be extra vigilant in ensuring that they are not left unattended in circumstances where vulnerable people in their care can gain access to them. Suitable procedures need to be put in place and then regularly checked to ensure that they are being followed by everyone, not just for the use of such substances but also for their delivery, storage and disposal.”