Labour Says Bring It All Back In 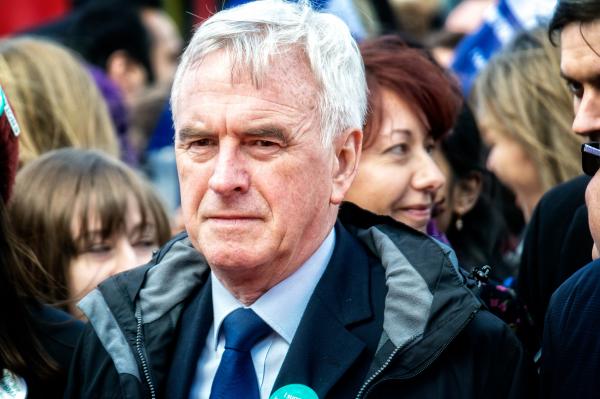 In his speech of September 25 to the Labour Party Conference in Brighton, Shadow Chancellor John McDonnell said on arrival in Government, his party would put an end to the Public Finance Initiative and bring them all back in house.

He said: "The scandal of the Private Finance Initiative, launched by John Major, has resulted in huge, long-term costs for tax payers, whilst handing out enormous profits for some companies. Profits which are coming out of the budgets of our public services.

"Over the next few decades, nearly two hundred billion is scheduled to be paid out of public sector budgets in PFI deals. In the NHS alone, £831 million in pre-tax profits have been made over the past six years. As early as 2002 this Conference regretted the use of PFI.

"Jeremy Corbyn has made it clear that, under his leadership, never again will this waste of taxpayer money be used to subsidise the profits of shareholders, often based in offshore tax havens. The Government could intervene immediately to ensure that companies in tax havens can’t own shares in PFI companies - and their profits aren’t hidden from HMRC.

"We’ll put an end to this scandal and reduce the cost to the taxpayers. How? We have already pledged that there will be no new PFI deals signed by us. But we will go further - we’ll bring existing PFI contracts back in-house.

Earlier in his speech, McDonnell seemed to forget that Labour also made extensive use of PFI, claiming: "It was the Blair/Brown Government that recognised and delivered the scale of public investment that a 21st century society needed."

McDonnell's view of the future was interesting as he said: "So as we now enter the next, new era, the era of the fourth industrial revolution, I tell you it is a Corbyn Labour Government that will rescue our country from the long years of austerity. And it will be up to us to lay the foundations of the new world that awaits us. By the middle of this century, it is possible that up to half of all the jobs we do now could be automated away.

"The jobs that remain can, if we let them, be exploitative, dangerous, degrading, and dead-end. Or the jobs we create can provide good, secure employment, in work that is fulfilling and meaningful, in communities where pride and prosperity has been restored. There’s a choice to be made. We can remain a low-wage economy, specialising in zero hours contracts. Or we can use the state to help shape Britain’s future in this new world.

"It’s the renter economy, where wealth is secured not by what you produce, but by the amount of rent you can charge. So we will change that.  We’ll put taxpayers’ money into key research projects; we’ll foster the creation of networks and clusters of expertise. To reconnect the financial sector to the economy of research and development and production, we will transform our financial system. Labour will establish a Strategic Investment Board, comprising the Chancellor, Secretary of State for Business and Governor of the Bank of England, to co-ordinate the promotion of investment, employment and real wages.

McDonnell said: "In our investment strategy, we will no longer accept the disparities between investment in London and the Home Counties and the rest of the country. We will legislate for a fair distribution of investment. We’ll build Crossrail for the north, connecting our great northern cities from west coast to east, and extend HS2 into Scotland. We’ll deliver the funding for Midlands Connect, overhauling transport across the Midlands. And we’ll overturn decades of neglect and lack of investment in the South-West. We’ll electrify railway lines from Cornwall right through to London."

McDonnell said: "The storms and flooding sweeping the world in these last few months are yet another environmental wake up call. This country has huge natural, renewable resources. And we have an immense heritage of scientific and engineering expertise. Yet this Government has slashed the funding, the renewables industry needs to find its feet.

Labour will ensure we become world leaders in decarbonising our economy. With a publicly owned energy supply based on alternative energy sources. Where the Tories have dithered and delayed, to deliver zero-carbon electricity, we will absolutely commit for example to building projects like the Swansea Tidal Lagoon."

Finally, McDonnell said: "Building an economy for the many also means bringing ownership and control of the utilities and key services into the hands of people who use and work in them. Rail, water, energy, Royal Mail - we’re taking them back."

With the decision on which airport will be expanded soon to be made, Prime Minister Theresa May has made it clear that she wants to hear a wide-range of opinions from her...

The Night Tube gets/got started on August 19 as TfL (Transport for London) introduced its new Friday and Saturday service on the Central and Victoria lines which are...