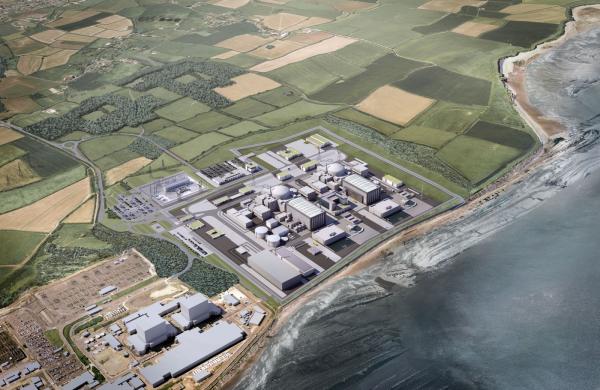 The deal, costing an estimated £22.5 billion and with the facility due to be opened in 2025, appears to be in danger following reports that French-owned EDF has run into funding difficulties for the contentious project.

Lauded by both David Cameron and George Osborne when the Chinese President came and signed many deals, including China General Nuclear Power Corporation (CGN) paying a third of the cost of the scheme in exchange for a 33.5% stake in Hinklet ‘C’, it appears a black hole has appeared on the French side. A newspaper in France, Les Echos, claimed EDF was ‘struggling’ to stump up the money for its 66.5% share and was now putting pressure on the [French] government that owns 84.5% of EDF, ‘to come up with fresh funds’.

Concerns that were covered in October last year by TWinFM have appeared to have been vindicated by the French newspaper when it went on to report that the decision was likely to be deferred until EDF's annual results on 16 February.

This latest news comes after a number of long running criticisms have been made over the delays, choice of Chinese design and funding, potential security risks, environmental concerns and the high cost of energy generated – £92.50 per mW/hr – that the Cameron government believed it had to settle on to assure all the interested parties in the project.

Greenpeace has been crowing at this latest development as part-vindication of its worries over the whole direction of the UK’s energy programme in general and Hinkley C in particular. “The EDF Board is clearly rattled as they delay yet again this crucial investment decision,” declared John Sauven, CEO, Greenpeace. “It could well signal curtains for Hinkley. EDF managers as well as employee representatives on the Board are deeply concerned this project is too risky and too expensive. George Osborne is almost alone in defending Hinkley’s honour but he is pushing the project forward regardless of the eye watering expense for consumers and regardless of the fact that this reactor design, despite three attempts in Europe and China, doesn’t work.”

Picture:      Woe, woe and thrice time woe argues Greenpeace and the latest financial difficulties EDF has found itself in at Hinkley in Somerset and the nuclear facility due to be commissioned by 2025

Concern is mounting over the viability and level of subsidies that back the massive construction of Hinkley Point C with one peer describing it as 'one of the worst...