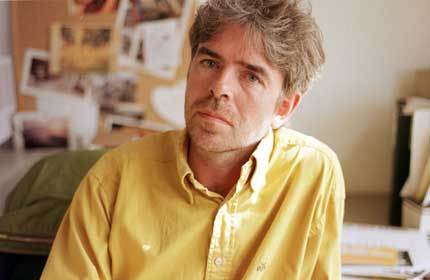 Greenpeace and Ecotricity have released a legal opinion by three ‘eminent’ lawyers on the French government’s proposed package of financial support for EDF.

The two believe it might have major implications for the plan to build a new nuclear power plant at Hinkley Point and add to further disquiet among EDF board members at the financially troubled company.

The legal opinion has been given by Jon Turner QC, Ben Rayment and Julian Gregory, described by Greenpeace and Ecotricity as ‘three eminent competition and EU law barristers from Monckton Chambers’.

The opinion sets out how the French government’s reported refinancing plans for EDF could be illegal under EU law unless and until they are approved by the European Commission; a decision on what may be deemed unfair state aid that could take a year to resolve.

The financial support most frequently reported to be in the proposal is that as an 85% shareholder of EDF, the French government would accept dividends in the form of shares rather than cash. Such a move, according to the lawyers as well as giving a capital injection to the struggling company, would constitute state aid. They argue that a private investor with an equivalent shareholding looking to make a normal return would not agree to this.

If the French government were to underpin EDF in this way, in an attempt to shore up the French nuclear industry, this may be looked on as destroying a level playing field for European energy companies.

Given the French government’s repeated declarations that it would ‘do whatever was needed’ to ensure Hinkley went ahead, the opinion states that this could in itself amount to state aid because EDF’s competitors have not received a similar guarantee.

Greenpeace has written to DECC Secretary of State, Amber Rudd and Chancellor George Osborne warning the government not to proceed with the project unless and until the French state support has been notified to and approved by the EU Commission. “The only way Hinkley can be kept alive is on the life support machine of state aid and EDF, if it is to stay in business, needs a new vision which is not looking backwards,” warned John Sauven, UK Executive Director, Greenpeace. “The UK government needs to stop penalising the UK renewable energy industry in favour of propping up an ailing state owned nuclear industry in France. Globally, the nuclear market is shrinking year by year overtaken by the huge surge in renewable energy. The UK should be a haven for renewable energy investment given the massive potential for wind, solar and tidal to cost effectively meet our energy needs.”

The legal opinion expressed by the three barristers has been added to mounting criticism about the commercial viability of the whole Hinkley Point C scheme.

Greenpeace and other environmental groups and interests, have pointed to a number of commentators in recent that have been denouncing the project. Nigel Wilson, CEO of Legal and General called it “a complete waste of money”. Martin Young, an energy analyst at investment bank RBC Capital Markets, said that for EDF to proceed with such a costly plan would be “verging on insanity”.

Stephen O’Hara urges companies to take immediate action on ESOS compliance and avoid enforcement action. I believe the time is right to remind those...