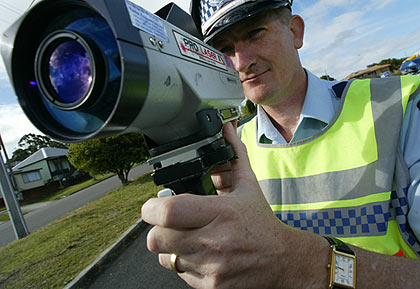 The Institute of Advanced Motorists (IAM) has found that Britain’s two worst speeders were caught at 146mph, both by Kent Police on the M25. One was travelling anti-clockwise at Junction 5 at Clacket Lane Services, the other going clockwise at Swanley.

However it found that perhaps the most ‘astounding’ figure was 128mph recorded on London Road, East Grinstead on a 30mph road; exceeding the limit by 98mph.

The statistics come from a Freedom of Information request made by the road safety charity to police forces in England and Wales. The IAM asked each police force for the highest recorded incidences of speed caught on safety cameras in 2014, including locations, speed limits and top speed in each case.

Of the 41 police force areas the IAM requested the information from, 36 responded. All forces recorded at least one top speed over 110mph with the exception of City of London, Cleveland, Greater Manchester, Northumbria, West Midlands and South Yorkshire.

Wales’ top speeder was an individual who recorded 136mph on the A5 Ty Nant to Dinmael road in Conway, which has a 60mph limit. London’s worst speeder was recorded at 123mph on a 30mph road by the Metropolitan Police. The location has not been revealed as it is exempt under Section 31 of the Freedom of Information Act.

The highest figure recorded in a 50mph zone was 120mph, by Nottinghamshire Police on the A631 Beckingham road, while the worst speed caught on a 40mph road was 115mph on A10 Great Cambridge Road in Cheshunt, Hertfordshire.

“It is disheartening, to say the least, that some road users are showing such disregard for the safety of all other road users – pedestrians, cyclists, motorcyclists and other drivers,” stated Sarah Sillars, CEO, IAM. “It is impossible to handle corners, gradients, street furniture and junctions with any effectiveness. In short, all these individuals are playing with their own lives and others – they are all accidents waiting to happen and it requires a major shift in the attitudes of these people to think about safety.”

Picture: Some disturbing figures on speeding have been obtained by IAS, including 128mph recorded on London Road, East Grinstead on a 30mph road. Our image shows Kent Police that carried out an operation in Thanet last November to target speeding drivers and promote road safety.

Driving A Campaign Against Phoning Drivers

Police forces have been cracking down on mobile phone use by drivers in targeted operations this week (ending November 18)  to prosecute offenders and drive home the...

After consulting with members at its Road Freight Council Meeting in London this week, the Freight Transport Association (FTA) has stated that the use of modern...