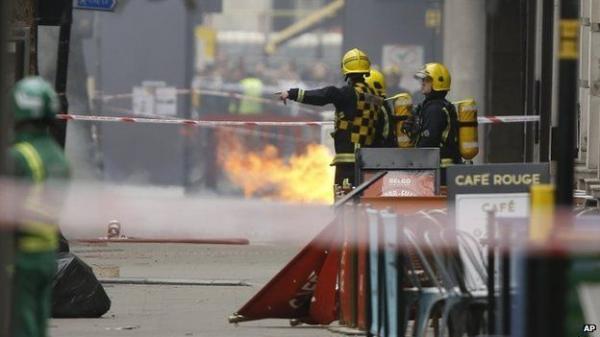 The closure of the Strand Underpass and two months of upheaval may be coming to an end with its partial reopening this week.

this came as a result of the fire that broke out on 1 April underneath a pavement in Holborn in April led to the wholesale evacuation of 5,000 people and shut many offices and shops in the area. (See TwinFM, 10 April 2015.)

Initially, only buses, taxis and cyclists will be able to use the underpass but all roads that had been affected, should reopen in the next few weeks.

Extensive work has been carried out to repair a number of tunnels underneath as well as cables that were damaged by the intense fire that took 36 hours for the London Fire Brigade to control. Commenting on the delay, TwinFM reported: ‘The Brigade were forced to allow the fire to continue to burn – they could not allow gas to seep away underground where it might have caused explosion elsewhere; and they were reluctant to force foam into the tunnel for fear of causing structural defects that could destabilise the tunnel and nearby buildings.’

To date the exact cause of the fire remains unknown as investigations continue.

Picture:   The Strand Underpass in Holborn, London has partially reopened following a fire that forced its closure for two months.