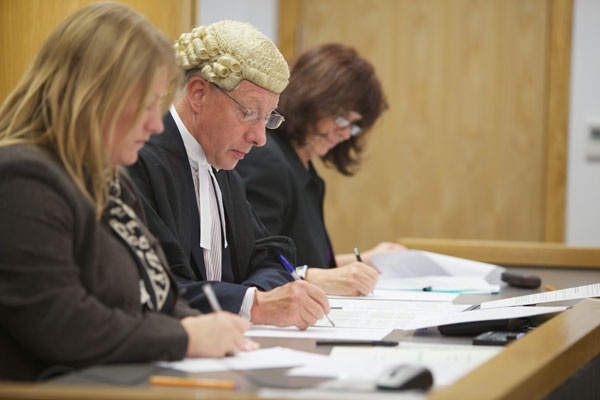 The cap on fines imposed by the Magistrates’ Courts has recently been removed following the implementation of section 85 of the Legal Aid, Sentencing and Punishment of Offenders Act. This represents a dramatic increase in the powers of the lower criminal court and a marked departure from the current system, writes Rod Hunt our legal expert.

This article reviews what has changed and why, before considering how the new regime is likely to affect the way regulatory cases are processed.

What was the cap?

Where the Court believed its sentencing powers were insufficient to punish an offender, committal to the Crown Court followed, with no prescribed limit to the amount of the fines that could be imposed.

There is no longer any limit on the level of fine which can be imposed by the Magistrates’ Court. The changes are designed to encourage Magistrates to dispose of more cases, freeing up the Crown Court to deal with only the most serious of matters.

The changes will apply to the vast majority of cases including all environmental, health and safety, road traffic, food safety and trading standards offences.

Custodial sentences will not be affected and Magistrates will still be able to hand down prison sentences of up to six months or a maximum of 12 months for more than one offence, where appropriate.

When will the changes take effect?

The provisions came into force on 12 March 2015 and will only be applied to offences committed on or after that date. Cases currently in the Court system or those relating to pre-12 March breaches will continue to be sentenced subject to the historic caps.

How does this impact on the sentencing exercise?

The proposed new sentencing guidelines on health and safety, corporate manslaughter and food safety and hygiene offences recently consulted on, are due to come into force in November/December this year. If as expected they are enacted in a form similar to that outlined in the consultation document, they will mirror recent changes in environmental sentencing, introducing a more formulaic approach and in many cases, resulting in higher fines.

Going forwards, there will be no separate sentencing guidelines for Magistrates dealing with regulatory offences. The Sentencing Council guidelines used in the Crown Court will be applied across the board. No draft guideline is yet available for health and safety and food safety offences. The environmental guideline was published last year.

What are the implications?

The cap on fines previously available in the Magistrates’ Court has always been a key strategic consideration for businesses charged with regulatory offences. Often an organisation would seek to avoid committal to the Crown Court for fear of the unfettered sentencing exercise that would follow.

However, these changes will now make such considerations redundant and businesses will want to give serious consideration to the choice of venue. Is it preferable to ask the Magistrates to sentence in a move likely to bring a swifter conclusion to a case? Or would the case be better heard before a Crown Court judge, who is likely to have more experience in the sentencing of such cases?

It will be interesting to see how the changes translate in practice, in particular whether the Magistrates seek to flex their muscles in the more serious regulatory cases and on what basis they will look to commit defendants to the Crown Court. Indeed it is possible, at least so far as regulatory cases are concerned, that corporate defendants elect to have their case heard before the Crown Court, thereby circumventing the Magistrates. This would defeat the object of the removal of the caps in the hope that an experienced Judge in the Crown Court imposes a more proportionate penalty, rather than the defendant running the risk a higher fine in the lower Court imposed by inexperienced Magistrates.

What is clear is that the removal of sentencing caps is part of the move towards higher fines and tougher penalties are expected for regulatory offending.

If you would like further information on any issue raised in this update please contact: Chris Morrison chris.morrison@clydeco.com

A waste management company has been has been fined heavily after a worker was killed when he was struck by a vehicle at a Watford waste transfer station. Patrick...