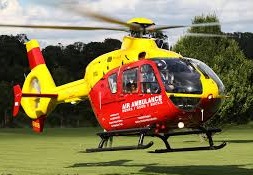 At midday Tuesday, police were called to a construction site on  West Street in Maidenhead. A man, said to be 20-years of age, had been seriously injured. The young man was subsequently declared dead a the scene.

South Central Ambulance Service and the local Air Ambulance were called but were unable to save the man's life.

It is believed that his family have now been informed. The man was originally from Wiltshire.

The HSE has been informed and will work with the police on the ongoing investigation.

The site where the accident happened is an office and hotel development by McAleer & Rushe. No statements have appeared via McAleer & Rushe media outlets and the only word from the firm is that it is too early to make comment but that co-workers have been left devastated by the accident.

The McAleer & Rushe Group is a privately owned property development, investment and construction firm with a mixed use property portfolio valued in the region of £750m producing annual rental returns of approximately £40m.