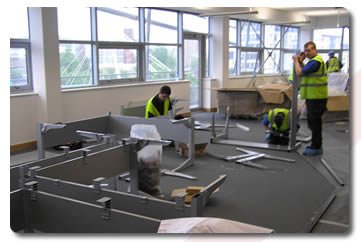 The latest construction output from ONS indicates that overall activity in the industry may have dropped by 0.8% in April compared to March but new construction work rose by 1.6%, while basic repairs and maintenance work declined by 4.8%.

This set of figures was expected due to the uncertainty prior to the General Election and its adverse effects on consumer and business confidence. Specifically, this influenced the kinds of construction work that could be temporarily delayed, e.g. repairs, maintenance and improvements work which fell 4.8% in April.

New construction work was affected to a lesser extent and, despite election uncertainty, private housing output was 4.5% higher than in March and 16.6% higher than one year earlier.

“Overall, construction output was still 1.5% higher than one year earlier and looking to the future, the ONS new orders for construction point to further growth in activity over the next 12-18 months,” stated Noble Francis, Economics Director, CPA. “New orders in the commercial sector in Q1 rose 14.9% due to a boost from offices and retail projects in Central London, Birmingham and Manchester.”

Picture: Construction appears to have picked up following the General Election with prospects looking brighter according to the CPA