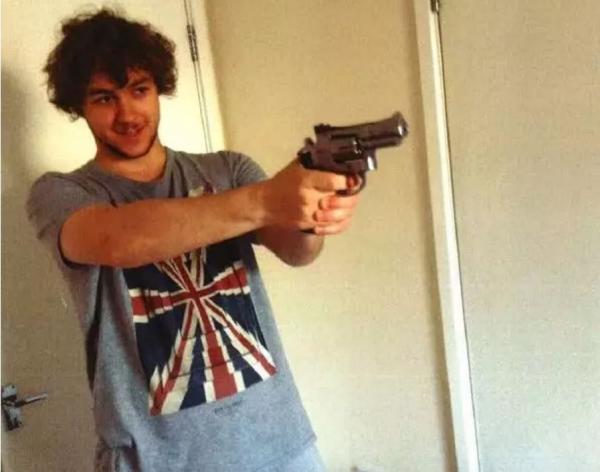 Twenty-year-old student Damon Joseph Smith, has been found guilty at the Old Bailey of leaving a rucksack ball bearing and shrapnel bomb on a Jubilee Line Tube Train.

On October 20 2016, officers from the British Transport Police (BTP) were called to North Greenwich Underground Station after train staff reported finding a rucksack containing a suspicious device in the front carriage of a train travelling eastbound on the Jubilee Line.

The device had originally been discovered at Canary Wharf Station one of the busiest stations serving the massive London Docklands commercial area. The driver of the train was instructed to continue to North Greenwich Station which was evacuated at 11:00am. The device was later found to have been set to go off at 11:02am.

North Greenwich is just beyond Canary Wharf. However, the device had been left on the train at London Bridge - and so took several minutes to travel to its point of discovery. The Jubilee Line carries thousands of commuters each day in to one of the busiest commercial areas of London. If the bomb had gone off, it would have caused devastation.

North Greenwich station was evacuated while specialist officers from the Metropolitan Police Service and BTP attended and made the item safe. It was taken away for forensic examination and subsequently found to be an improvised explosive device comprising of almost 153g of low explosive material and shrapnel, including ball bearings.

An investigation was immediately launched by detectives from the Met's Counter-Terrorism Command. As a result of extensive CCTV analysis, Smith was quickly identified as a suspect. He was captured on camera carrying a holdall shortly after 10:30am that morning as he entered Surrey Quays Station where he caught an Overground train to Canada Water before switching to a westbound Jubilee Line train. He got off at Southwark before boarding a train in the direction he had just come from.

Smith got off this tube train at London Bridge, leaving the rucksack - which had been concealed in the holdall - behind. There were at least 10 passengers in the carriage. 19 minutes had passed since he first entered Surrey Quays.

A passenger saw the abandoned bag and reported it to the driver at Canary Wharf. The driver, having noticed wires and a clock, radioed ahead and continued to North Greenwich.

As events developed, several miles away Smith casually made his way to university. He was arrested on October 21. He was taken to a south London police station where he was interviewed about his actions the previous day.

During a search of his home, officers found a blank firing pistol, a BB gun, a knife and knuckleduster. When officers examined his social media accounts they discovered that Smith had 'liked' a number of videos relating to explosions and had shared articles, on social media, about the current threat level.

More significantly, officers discovered a number of shredded documents. These were carefully reconstructed by a forensic scientist and found to be pages from an online magazine that gave instructions on bomb-making.

A 'shopping list' of bomb materials - created on 2 September 2016 - was recovered from his iPad. Components to make an IED were also found at the house.

Commander Dean Haydon, the head of the Met's Counter Terrorism Command, said: "Throughout this investigation and subsequent trial, Smith claimed that his actions were meant as a harmless prank and that the object was nothing more than a smoke bomb.

"It is hard to believe that leaving what has been described as an improvised explosive device on a tube train, on a weekday morning, can be construed as anything but an attempt to endanger life. It is fortunate that the device failed to work and that no one was injured.

"At a time when the threat level remains at severe, I find it unlikely that anyone would consider his defence as an appropriate excuse for his actions. The jury rightly disagreed with him and I expect that Smith will now face a significant prison sentence."

Assistant Chief Constable Alun Thomas, head of BTP’s Specialist Operations, said: “Smith’s unattended bag was spotted by a passenger who brought it to the attention of staff, who in turn contacted police. This highlights the importance of being vigilant when travelling on the railway network, and reporting anything suspicious.

“British Transport Police, along with our partners at the Metropolitan Police and City of London Police, regularly train and prepare for incidents such as this and were able to respond swiftly with their specialist skills.

"It is very fortunate that in this incident the device failed to work, was safely contained, and no one was injured. We are pleased that the jury returned a guilty verdict and hope the sentence will demonstrate that actions like Smith’s have very serious consequences and are never ‘a harmless prank’.”

The official charge was 'unlawfully and maliciously making or having in his possession or under his control an explosive substance with intent by means thereof to endanger life or cause serious injury to property in the United Kingdom, contrary to the Explosive Substances Act 1883.

Smith will be sentenced at the Old Bailey on a date to be confirmed.

A young man, teenager Haroon Ali Syed, whose PIN code for his phone was 'ISIS' was sentenced to life imprisonment on Monday June 3. He will serve at least 15...