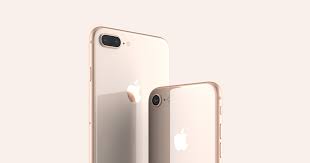 Three of the four largest mobile phone network providers continue to charge customers extra for a handset after this cost has been covered in their fixed deal, reveals Citizens Advice.

New analysis from Citizens Advice finds customers of Vodafone, EE and Three who choose to stay on the same phone plan after the fixed deal ends do not get their bills reduced - meaning customers are paying on average an extra £22 a month for a phone they have already paid off.

The extra cost can be as much as £38 a month on average for contracts with high-range handsets like the iPhone 7 128/256GB, the Galaxy S8 and the Xperia XZ Premium.

For the iPhone 8 separate analysis from Citizens Advice finds that customers with a 256GB model could end up being overcharged by £46 a month on average.

Many people take out a mobile phone contract with the cost of the new handset included in the overall price of the fixed term deal - the majority of which are paid off on a monthly basis for a period of 2 years.

People aged over-65 are most likely to be stung - 23% of over 65s with a handset-inclusive mobile phone contract stayed in their contract for over 12 months past the end of the fixed deal period, compared to 13% of people aged under 65.

Citizens Advice wants all providers to reduce their customers’ bills when they stay in the same contract past the end of a fixed deal, to reflect the cost of the handset being paid for.

To make it clear to the consumer when they have paid off the cost of the handset in a contract, the national charity is calling for mobile phone companies to separate out the cost of a handset from the cost of mobile phone services. Displaying these costs separately when advertising the contract would also enable consumers to compare the price of contracts more easily.

“Some of the largest mobile phone providers are routinely overcharging their loyal customers.

“Mobile phones are now an essential part of modern life, but the way that the cost of handsets are hidden within some mobile phone contracts gives phone providers a way to exploit their customers.

“It is clearly unfair that some phone providers are charging loyal customers for handsets that they have already paid for. It’s especially concerning that older customers are more likely to be stung by this sharp practice.

“Phone providers must now make sure that any customers staying in a contract past the end of a fixed deal have their monthly bill reduced to reflect the cost of the handset. Providers could make it much easier for consumers to compare prices by separating out the cost of handsets from the cost of services like data and minutes for all contracts, that way it would be much clearer what they’re paying for. It’s important that Ofcom and the government are prepared to protect consumers by making providers take these steps, if they do not do so themselves.”

Citizens Advice has previously revealed the loyalty penalty paid by customers in the energy, broadband and mortgage markets.

Mystery shopping conducted by Citizens Advice last year also found that mobile phone networks often largely focus on the handset instead of the service at the point of sale. This research also found consumers who shop for a contract online in many cases are required to select a handset before they are able to view available tariffs. This means consumers seeking the best deal based on the amount of data and minutes they need have no easy way to compare tariffs across handsets.

Citizens Advice examined pay monthly handset-inclusive contracts offered by EE, Three and Vodafone across 12 handsets, and compared it to SIM-only tariffs offered by each provider. The difference between the two monthly charges is the monthly loyalty penalty customers pay after their fixed term period ends, unless they move to a cheaper deal. Both Android and iPhone devices were included in the analysis, and the handsets included in the analysis included a spread of recommended retail prices (RRP) - 3 ‘low-range’ handsets (RRP under £300), 5 ‘mid-range’ handsets (RRP £300-£600, and 4 ‘high-range’ handsets (RRP of over £600).

Separate analysis of the available tariffs for the iPhone 8 found that the difference between handset-inclusive pay monthly contracts and equivalent SIM-only tariffs would mean consumers would pay £46 on average extra a month for a 256GB iPhone 8 and £39 extra a month on average for an 64GB iPhone 8 after their fixed deal ends.

Figures for the percentage of people with a handset-inclusive mobile contract who had stayed on their contract for at least 1-2 months after their fixed term period ended are from a survey run by Populus for Citizens Advice, with fieldwork carried out between 10th-14th June 2017. Populus ran an online survey of 3,070 people, weighted to be representative of the UK population.

The advice provided by the Citizens Advice service is free, independent, confidential and impartial, and available to everyone regardless of race, gender, disability, sexual orientation, religion, age or nationality.

To get advice online or find your local Citizens Advice in England and Wales, visit citizensadvice.org.uk

Citizens Advice service staff are supported by more than 21,000 trained volunteers, working at over 2,500 service outlets across England and Wales.

Picture: Loyal customers could find themselves paying £46 a month extra for the iPhone 8