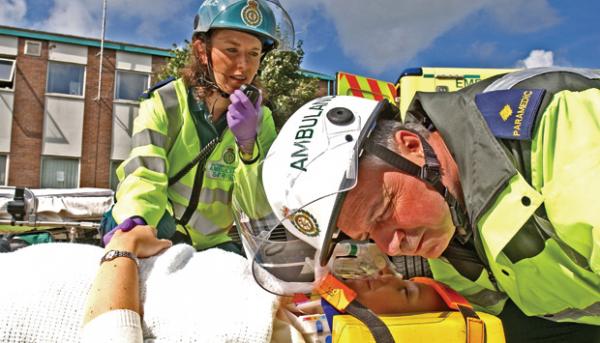 The Ambulance Service is expecting to be under significant pressure on Monday 24 November when ambulance staff take strike action for a second time in a national dispute over pay. NHS workers belonging to GMB, Unison and Unite will walk out from 7:00am - 11:00am.

In the last dispute held in October, 14 per cent of control room staff and 77 per cent of ambulance crews took action and the Service is expecting similar numbers this time.

LAS Director of Operations Jason Killens said: “Only people in a life threatening emergency will get an ambulance response between 7am and 11am on Monday.

“People with injuries such as minor broken bones, women in routine labour, some patients with breathing difficulties or those involved in minor road traffic accidents will be given clinical advice, provided with alternative transport or told to make their own way to hospital.”

On the day of action clinical managers will work on the front line and there will be additional support from hospital doctors and nurses, private ambulance crews, the police and military personnel.

Killens added: “We have plans in place for our most seriously ill and injured patients. However, people who need an ambulance response but are not in a life-threatening situation, should expect to wait longer or may not get an ambulance at all.

“As always call NHS111 and only call 999 for an ambulance in a genuine emergency so we have ambulance crews free to respond to life-threatening emergencies.”

The Communication Workers Union (CWU) has not been persuaded to call-off its one-day Post Office workers strike for tomorrow Thursday 15, meaning firms that rely on their...

Two strikes rock the Sellafield nuclear plant in Cumbria as members of Unite and GMB come out against management decisions. The simmering disputes that have bedevilled...