Monsanto in the Dock 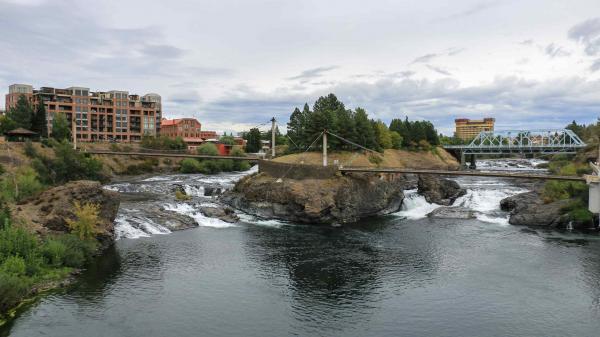 The massive agrochemical company Monsanto is accused of knowingly supplying polluting chemicals and is being sued by the city of Spokane in Washington State.

The lawsuit was filed this month in the U.S. District Court in Spokane, alleging Monsanto sold chemicals for ‘decades’ while aware of the threat they posed to both humans and the environment.

What specific damages are being sought by the city remain unclear but the city's utilities spokesperson, Marlene Feist, stated the suit involved “long-term litigation” and said the authority would spend US$300 million to keep polychlorinated biphenyl (PCBs) and other pollutants from entering the Spokane River in the future.

Over the years, PCBs have been found in high levels in the Spokane River and are deemed harmful to both humans and the environment.

In an attempt to distance itself from what has occurred in the past, Monsanto has declared: ‘Monsanto is not responsible for the costs alleged in this matter. PCBs sold at the time were a lawful and useful product that was then incorporated by third parties into other useful products. If improper disposal or other improper uses created the necessity for clean-up costs, then these other third parties would bear responsibility for these costs.

‘Monsanto today and for the last decade, has been focused solely on agriculture, but we share a name with a company that dates back to 1901. The former Monsanto was involved in a wide variety of businesses including the manufacture of PCBs. PCBs were industrial chemicals which were sold to sophisticated companies who incorporated them as safety fluids into electrical equipment, into plastics and into thousands of useful construction and building material products. PCBs served an important fire protection and safety purpose for the electrical and other industries. The manufacture of PCBs in the United States was banned in 1979, although the former Monsanto voluntarily ceased production and selling before that.’

Most often used in electrical equipment, inks, flame retardants, and paints, the city now argues that PCBs have entered the Spokane River through commercial and industrial product runoff in city and storm water drainage.

Spokane is not the only authority to take on Monsanto. San Diego filed a similar lawsuit against Monsanto in March this year for the alleged pollution of San Diego Bay and the company reacted with a similar statement stating that it had no financial liability for the effects of the PCBs.

Picture: Spokane River which the city authority believes has been polluted by PCBs injurious to life and the environment and which Monsanto is culpable