Much Hubbub About New Hub 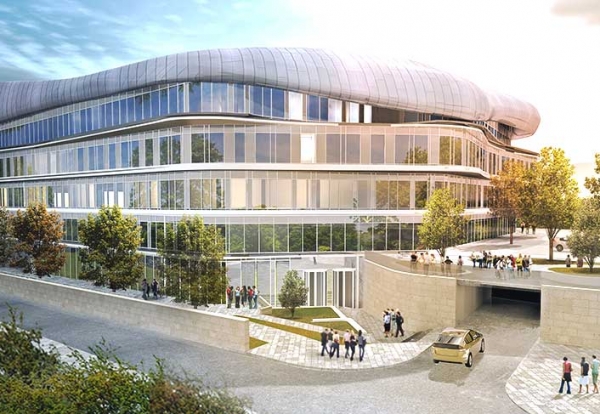 Sheffield University is to go ahead with a new £45 million building to house its social sciences departments.

The development will be situated to the west of the current Broomhill campus  on a sports pitch and will house three departments – politics, sociology and economics, creating the hub which the university sees as a great advantage that exists now of 19 buildings being used by the social sciences.

The social sciences departments form the biggest faculty at Sheffield University with 9,000 students or 34% of the total number attending with 1,000 staff. Relocating to the new facility is seen as essential if the faculty is to achieve future plans for developing and improving courses offered. The existing sports facilities now on the site will be accommodated with enhancements made.

Now out for public consultation, the new building will take two years to complete from start to finish.

Picture: Sheffield University has ambitious plans to move its faculty for social sciences to one site, forming an exciting hub for the 9,000 students and 1,000 staff