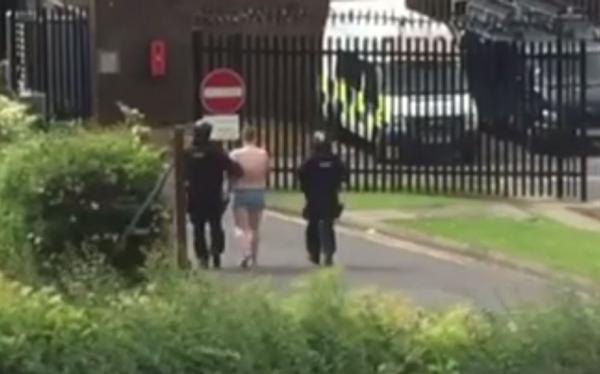 The security nightmare of an armed intruder on the premises of a retail/shopfront estate struck in Nwcastle on Friday June 9 with a knifeman holding Job Centre employees hostage whilst claiming to be armed with explosives.

On Friday 9 morning, the Newcastle police (Northumbria Police) received a report that a man had entered the Job Centre Plus on Clifford Street, in the Byker area, armed with a knife. It was also reported to police that the man may have had an explosive device strapped to his chest and had taken hostages.

On Friday evening, Maxwell Scott Brennan, a 28 year old from Byker, was formally charged following his arrest for a stand-off with heavily armed police.

Officers had responded to the incident in just nine minutes. They established a cordon around the premises and began negotiating with Brennan.

Byker Metro station was also shut down as a precaution. Nearby buildings were also evacuated.

Early on it was identified as an isolated incident and not terror related.

Brennan was known to the Job Centre Plus staff and he talked comfortably to the police - in fact all of the people he held in the building were released by 8:30am before he surrendered at 11:15am. It was at this point that police found the potential explosive device to be fake.

Brennan was arrested for his threats to kill and was charged with communicating false information about a bomb hoax, false imprisonment and possession of a bladed article.

He was remanded in custody to appear at South East Northumberland Magistrates Court on Saturday 10 morning.

Nobody was injured during the raid and those involved continue to receive support from police..

Northumbria Police Assistant Chief Constable Darren Best said: "In recent weeks we have heard many positive stories about the police and how quickly they have responded to some of the atrocities we have witnessed in London and Manchester.

"When we first received the call this morning there were very real concerns that this individual could have caused serious harm and to be on the scene in a matter of minutes is a fantastic response.

"It must have been particularly traumatising for those staff members who were kept inside the premises but we were able to secure their release within just half an hour of arriving on scene.

"Our specialist negotiators engaged with the man very early on and their efforts are one of the main reasons that this incident was brought to a safe conclusion and that nobody was injured."

Pictured: Maxwell Scott Brennan, a 28 year old from Byker, was taken into custody following a stand-off with heavily armed police at his local Job Centre