Next Stop Darlington - 700 to Find Work 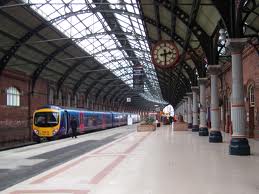 International construction, engineering and facilities firm Amec which has its headquarters at Lingfield Point, in Darlington is to expand operations and is looking to add 700 jobs. Amec already employs 400 in the region.

The company has declared that it wants to take on staff to meet an expanding order book. According to The Northern Echo, Amec wants supervisors, welders and pipe fitters for jobs in Teesside's chemical industry - and the wider region.

The company is particularly strong in China, UAE, the US and Brazil. Amec's engineering division provides technical support to clients around the world and works with the UK Nuclear Decommissioning Authority at Sellafield.

It is rumoured that the company will bid £1.9billion to secureUS oil and gas specialist Foster Wheeler. Foster Wheeler also has offices in the North-East – Middlesbrough - and employs 13,000 in 30 countries.