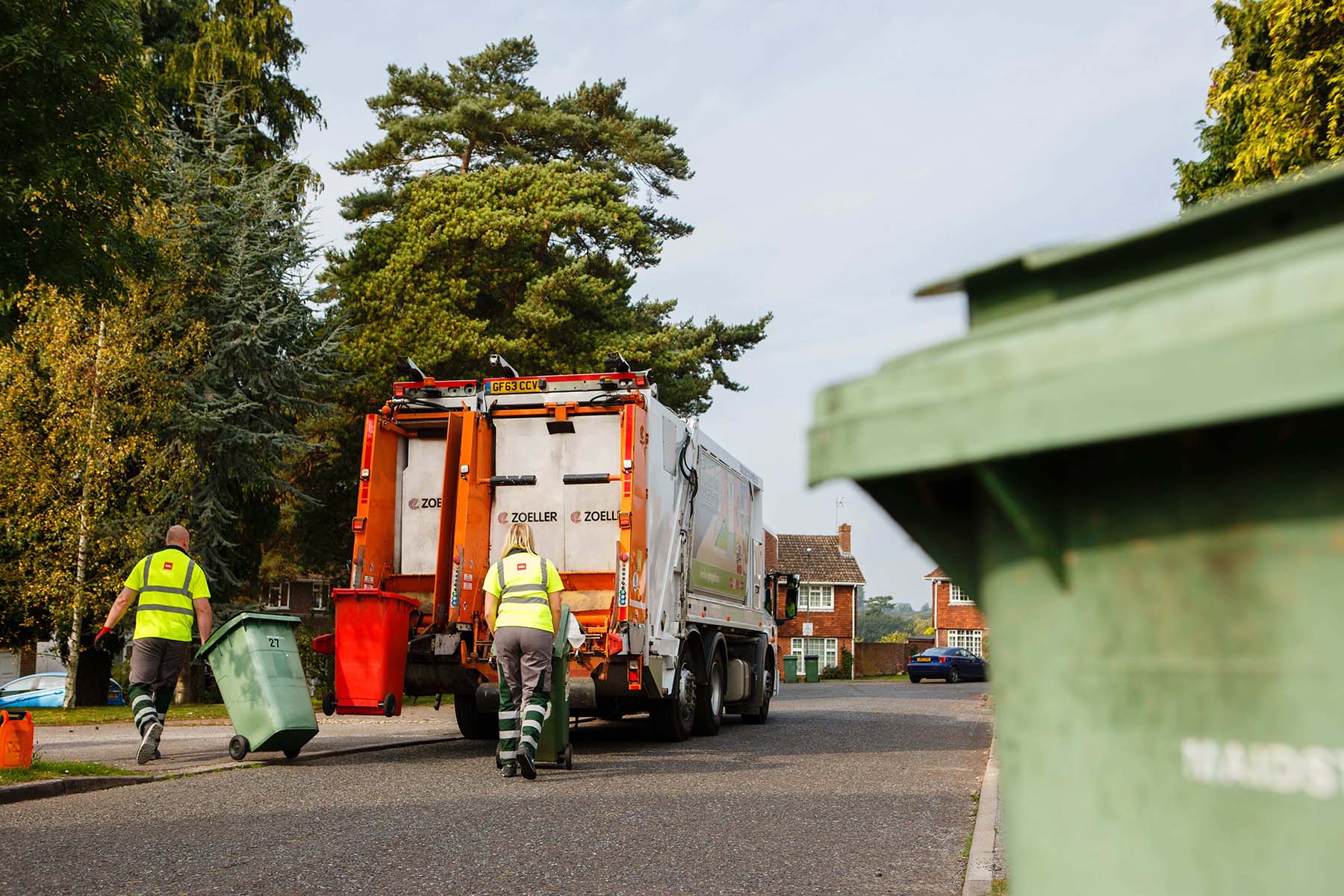 Waste giant Biffa has been found guilty of exporting banned waste to China in containers labelled as waste paper but containing used nappies, sanitary towels, shoes and even a Deee-Lite 12-inch vinyl.

Biffa are one of the UK’s largest waste management companies. Their name will be tarnished even more as the conviction will see the firm indelibly linked with the scandal of British waste being sent to form mountains of unrecyclable trash blighting foreign shores. This issue has most recently been highlighted in the  BBC's War On Plastic with Hugh and Anita series that is currently airing on TV and iPlayer.

The Environment Agency prosecuted Biffa Waste Services for exporting unsorted household recycling waste collected from households. Such exports from the UK to China has been banned since 2006. Paper can legally be sent to the People’s Republic but heavily contaminated other waste cannot.

After a three week trial, a jury at Wood Green Crown court found Biffa guilty of two breaches of the law in May and June 2015. The jury didn’t accept Biffa’s version of events that consignments leaving its depot in Edmonton four years ago complied with the law because they comprised of waste paper.

Evidence gathered by investigators at Felixstowe port clearly identified the contents of seven 25-tonne containers bound for China as including glass, plastics, electrical items and metal.

In fact, when Environment Agency officers searched the cargo, they found everything from women’s underwear and plastic bottles to metal pipes and even the damaged Deee-Lite 12-inch.

Instead of waste paper, investigators discovered diverse discarded debris such as shoes, plastic bags, an umbrella, socks, hand towels, unused condoms, video tape, toiletries and electric cable. The nappies and sanitary towels gave off a pungent 'vomit-like' smell when inspected by the officers.

Jurors heard Biffa used two broker firms to act as intermediaries to manage the deal to send the waste to two delivery sites in Shenzhen and Guang Dong on the South China Sea coast.

The first broker took up a request from a Chinese client in April 2015 to arrange shipment of 5,863 tonnes of mixed waste paper by contacting Biffa. A price of around £350,000 was agreed for the export, due to take place the following month.

At the same time, Biffa agreed with a second broker to ship 4,992 tonnes of mixed paper in a contract worth almost £290,000.

Sarah Mills, an enforcement manager whose team investigated the breaches for the Environment Agency, told ThisWeekinFM: "Our officers found anything and everything in Biffa’s containers at Felixstowe. They were marked as waste paper, yet contained a totally unacceptable level of contamination with other waste."

There were seven containers in total prevented from leaving Felixstowe.

The waste contained offensive material likely to have been discarded by the receiving country, at great risk and cost to the environment and people.

The regulations around shipment of waste were brought in to stop the developed countries merely passing the problem to other countries. It was commonplace in the 1970s and 1980s for vast amounts of waste to be sent abroad.

Hugh Fearnley-Whittingstall and Anita Rani have been reporting for the BBC how the regulations are not preventing waste mountains appearing in vulnerable countries. Often waste is sent on the grounds it can be recycled when in fact the receiving country (and the sending country) have no ability to do so.

Biffa, of Coronation Road, High Wycombe, Buckinghamshire, pleaded not guilty at an earlier hearing to two counts of breaching regulation 23 of the Transfrontier Shipment of Waste Regulations 2007. It is an offence under the regulations to breach article 36 of the European Waste Shipments Regulation 1013/2006, which bans the export of waste collected from households to China.

Judge Simon Auerbach deferred sentencing until 27 September. The court was told the Environment Agency and Biffa had agreed to one figure being paid - £9,912 in a 'proceeds of crime' settlement.

A spokesperson from Biffa told ThisWeekinFM: “We strongly contested this case and are very disappointed with this outcome. We are considering our position and grounds for appeal.

"At the time of the case, we supplied a vital raw material to China to be recycled in an environmentally sound manner as an alternative to forestry. The materials we supplied commanded market-leading prices and met both international industry and customer standards.

"Throughout this case the Environment Agency (EA) has accused Biffa of failing to meet standards that it has repeatedly failed to specify through guidance. The EA has been continually asked to specify a required level of purity by both the industry - and in one instance the Court of Appeal - and the failure to do so is a breach of its responsibilities to the market."

The spokesperson continued: "Due to the lack of reprocessing capacity, the UK and Europe is reliant on the export market for recycled paper and cardboard. The charges in the case relate to contamination levels in seven containers of mixed paper that were due for export to China over four years ago. At that time China was a core market for UK exported materials for recycled paper and cardboard and Biffa was a key supplier to some of the largest, best-invested cardboard mills in China. These mills were all accredited by the EA as being of an equal or higher environmental standard as mills within the UK and Europe.

"These materials were regularly inspected by customs in China and by a Chinese Inspectorate regime based in the UK prior to shipping. In addition, all buyers conducted pre-checks before shipping to confirm that the materials were 98.5% pure paper, which was the accepted industry standard. With the UK recycling more, there is a level of contamination in recyclable material, which we make strenuous efforts to minimise at our industry leading sorting facilities and reprocessing capabilities. The court heard no evidence to suggest we were outside of the industry tolerance for contamination and no customer ever rejected any material on quality grounds.

This case highlights the need for the EA to issue clear guidance to the industry as to what are the acceptable levels of purity for UK exported mixed paper. In this instance the jury was asked to make a judgement as to whether they considered the level of contamination was minimal, without any quantitative guidance.  In the absence of any EA guidelines our products always met the standards set by our customers and provided a route to recycling in an environmentally sound manner.”

A Biffa spokesperson said at the time the deal was signed off: "In the UK and developed countries, the collection and management of waste is taken for granted. However, in many developing countries a waste management service simply does not exist. This means that 40% of the world’s waste from homes, businesses, agriculture, hospitals and industry is not collected or treated and as a result, it is often dumped - creating even more problems for poor communities."

WasteAid works with communities in developing countries to share practical and low-cost approaches to waste management and recycling. Projects include teaching people how to turn water bottles into eco bricks to build homes and schools, as well converting plastic bags into paving slabs which can be sold to local businesses.

Picture: Biffa has been found guilty of attempting to export household waste to China in amongst legitimate recyclable product