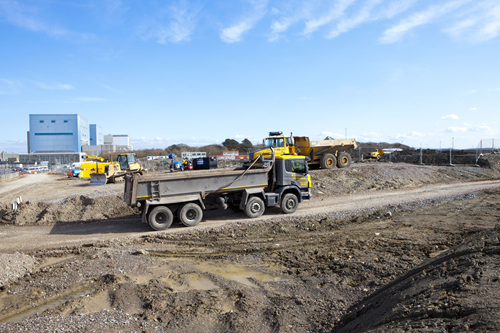 The French-owned EDF Energy and the UK government have yet to agree on the modernising of Hinkley Power Station which is estimated to cost between £16 billion-£20 billion.

The decision was made to tell 400 contract workers on the site that their services were no longer required but EDF insists in its statement that there had been ‘good progress on the work to finalise the agreements which will enable a final investment decision in the coming months for the proposed Hinkley Point C nuclear power station’.

The statement went on to insist that there had also been continuing positive progress with future investment partners in the project. EDF Energy has carried out ‘extensive work’ with its contract partners to make the Hinkley Point C project ready for a final investment decision.

A spokesperson said: “The company has invested significantly in a series of preparatory activities including site preparations (earthworks, drainage works and culvert construction, concrete production facilities and welfare facilities) and roadworks.”

EDF Energy will complete roadworks currently in progress at Taunton Rd/Broadway in Bridgwater, the Washford Cross roundabout in West Somerset and the Cannington bypass.

However, the next phase of work on site and in the associated developments, will require a substantial increase in spending levels, and will begin as soon as the final investment decision has been made. “In the meantime work to ensure the project’s readiness will continue, including project planning, engineering design and commercial supply chain activities,” the spokesperson concluded.

Picture:    Work at Hinkley Point Power Station has ceased until agreement is reached on the huge modernisation cost.