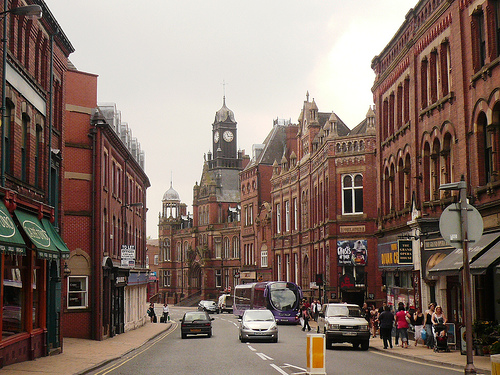 Firefighters were called to investigate a smell of chemicals in an office building yesterday evening (Thurs 28) and 60 people were evacuated. The incident was on Clifford Street in London's busy West End.

Crews using specialist equipment found raised levels of carbon monoxide and carried out a sweep of the building to identify the source of the leak. This was found to be a boiler in the basement which they isolated. The building was ventilated before being handed back to the owners.

Five people were treated at the scene by London Ambulance Service and a further five were taken to hospital for precautionary checks.

The Brigade was called just after 5:00pm and the incident was over at about 7:20pm. Fire crews from Soho and Lambeth fire stations attended the scene as well as a number of specialist appliances.

A London Fire Brigade spokesperson said: “Carbon monoxide is a silent killer. At least 50 people die every year as a result of carbon monoxide poisoning. Despite this, there is a lack of carbon monoxide detector installations (particularly in domestic situations) yet every building has a smoke alarm.”