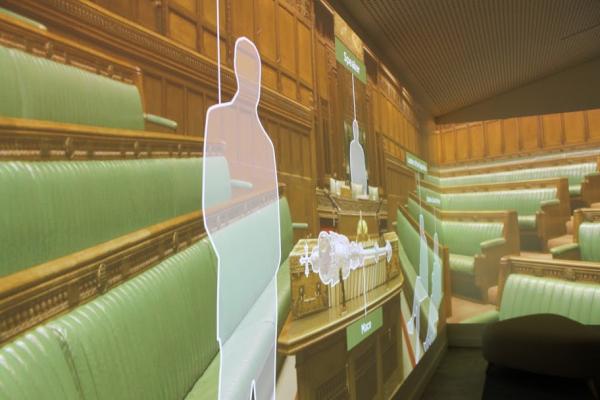 Parliamentary history has been brought to life using audio-visual technology in the new Parliamentary Education Centre which has made use AV design and systems integration provided by Electronic.

The Discovery Space is located near the Palace of Westminster, London and has been designed to involve young people with Parliament and democracy, part of which is a 360 degree projection technology to ‘envelop’ students in a fast-paced experience that is claimed to blend engaging content with spectacular visuals.

Four Optoma projectors are ceiling mounted to facilitate the continuous video display around the walls, giving students a realistic feeling of being part of political events.

Electrosonic worked alongside Centrescreen for the visual content that included a memorable and visually vibrant 15-minute production where historical events connected to each Chamber are depicted.

Students see events, such as when the suffragettes fiercely protested in the House of Commons in 1908 and when the Duchess of Queensbury attempted to gain access to the House of Lords Chamber in 1739. The projection is accompanied by six Tannoy Di 5a powered speakers to create an immersive sound.

As a result of the new Education Facility, the Houses of Parliament Education Service are expecting student visits to more than double in 2016 from 45,000 to 100,000.

Picture: The new Houses of Parliament Education Centre is giving visitors the experience of being at historical events including the use of 360 degree projection technology

Parliamentary history has been brought to life using audio-visual technology in the new Parliamentary Education Centre which has made use AV design and systems...