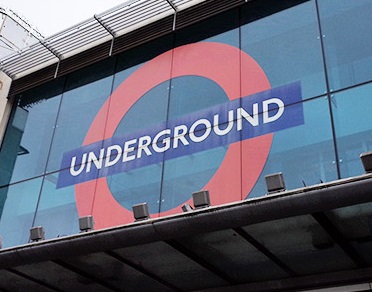 Ballots of RMT members concluded on Tuesday meaning there will be a strike on London Underground and other local and regional services. All four tube unions have agreed to a 'perfect storm' of industrial action that is  likely to see the network grind to a standstill starting July 8.

RMT General Secretary Mick Cash said: “The industrial relations situation on the tube has sunk to an almost unprecedented low with all four unions united and balloting for action over pay and working arrangements due to be ushered in under the guise of the Mayor’s night tube project due to start in just 10 weeks time."

Southern Rail workers have voted for a five-day strike starting July 12. Northern Rail staff have also voted to strike. RMT members working for First Great Western will  strike from 18:30 on 8 July over fears of job losses when new Hitachi Inter-City trains are introduced in 2017.

All four London Underground unions - RMT, ASLEF, TSSA and Unite - have either completed or are in the process of completing strike ballots. ASLEF, from its militant heyday has become the moderate transport union...but it's members have been angered by Mayor Boris Johnson's push to have the 'night tube' up and running in about twelve weeks from now.

The RMT has organised a meeting/rally open to all London Underground members to coincide with the industrial action ballot results on Tuesday 30th June 2015.

Meanwhile, there is no more news coming from ASLEF whose members on London Underground have voted Yes 1,771 [97.6%] - No 44 [2.4%] in a dispute over new rosters. The union claims this would mean tube drivers will have to work weekend and night shifts for no extra pay.  Talks have broken down amidst  the suggestion that staff have been told that unless they agree to the rosters, no pay offer will be made this year

The 24-hour strike from 21.30 on 8 July that will see the entire tube network shut down.

Finn Brennan, ASLEF’s district organiser, said: "Our members are entitled to a family life and to some sort of work/life balance. We aren’t opposed to all night services but we want them introduced in a fair and sensible way which rewards staff for their hard work and the contribution they make to the success of the London Underground.’

RMT to join in

Balloting began amongst London Underground RMT members yesterday on a variety of issues, including the dispute over pay and night running. The union says that working conditions, pay, jobs and safety are under threat which has united all four tube unions.

RMT General Secretary Mick Cash told ThisWeekinFM: “Balloting has begun in a series of disputes on London Underground, including the linked issues of pay and night running and also in the long running dispute over station staffing, mass job cuts and ticket office closures."

The night tube is intended to start by the end of the summer.

Transport for London says ASLEF has rejected a 0.75% pay rise, a £500 bonus and an extra £250 bonus for all workers for the night service.

The Rail Maritime and Transport union has also confirmed that the balloting of over 200 engineering grade members on Southern Rail’s train operations for industrial action is now underway. The ballot will close on 2nd July.

The Rail Maritime and Transport union has confirmed that balloting has concluded in two separate disputes on London Underground with majority votes for action being...