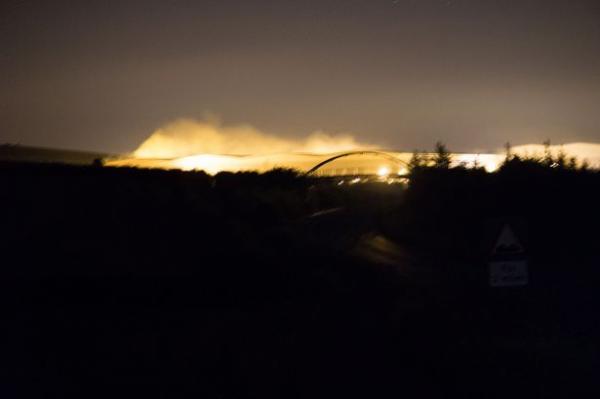 A criminal investigation has been launched to establish the cause of a fire on Friday, 20 June at the ASOS warehouse in Grimethorpe, Barnsley. ASOS, a major online fashion retailer, was forced to suspend its shopping channels after the incident (although its website now seems to be back running normally).

South Yorkshire Police are now treating the incident as deliberate, after initial investigations were carried out over the weekend with South Yorkshire Fire and Rescue.

Many firefighters in the region were on strike on the Saturday between 9:00a.m. and 5:00p.m. as part of the long running pensions dispute with the government.

Emergency services were called to the warehouse in Park Spring Road at around 10:00p.m. on Friday to reports of a blaze. Around 500 workers were safely evacuated from the premises and nobody was injured.

Investigating Fire Officer for SYFR, Simon Rodgers said: "The fire involved four floors of the warehouse and the blaze was contained in the area of origin by firefighters.

"ASOS staff had a good evacuation process in place which assisted the emergency services and allowed the fire to be brought under control more quickly."

At its height, the fire was tackled by 10 fire engines, an aerial ladder platform and a High Volume Pump. The warehouse was more than 60,000 square metres in size. The fire involved several floors of the building and fire crews worked hard to quickly bring the blaze under control.