Police Motor In On Moped Mobs 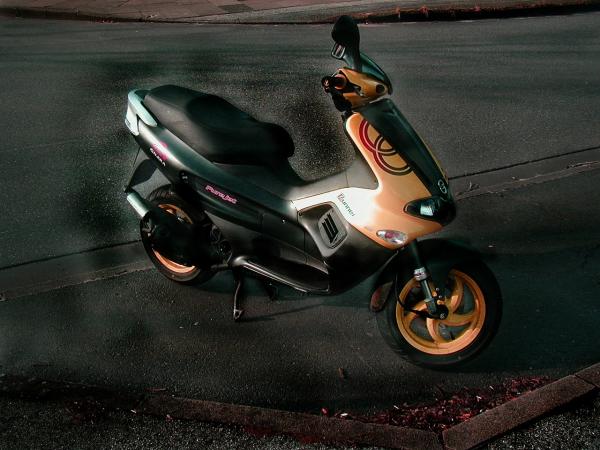 Seven people have been charged as part of Operation Vocare, the Metropolitan Police's operation to combat moped-enabled crime.

The arrests and charges come at the culmination of a five-month intelligence led operation to target and dismantle an organised crime gang (all men) committing a variety of offences across north London.

Fourteen people were arrested on Tuesday, 31 January, during dawn raids. During the course the operation, 15 search warrants were executed at addresses in Camden, Islington, Hackney, Haringey, Enfield and Southwark area. The arrests saw approximately 100 officers deployed, including borough officers and officers from specialist units, including the Met's Taskforce who carried out a series of rapid entries.

Chief Superintendent Simon Laurence, borough commander for Hackney, said: "We are committed to the detection, disruption, arrest and prosecution of those involved in violent robberies and aggravated burglaries.

"The use of mopeds, often stolen, in the course of criminal offences is a common tactic used by thieves and organised criminal networks in London and offences range from commercial burglaries to personal robberies, some of the offences have been violent in nature."

Meanwhile, detectives from the Flying Squad are appealing to trace a member of the public who intervened following a failed 'smash and grab' robbery in Victoria on Thursday Jan 26. Police were called at approximately 10:30am to reports of people who had arrived on mopeds and were smashing windows at the Suttons & Robertsons jewellery store.

Five people, on three mopeds, were disturbed by passing members of the public and approaching police sirens. They tried to flee the scene - empty-handed.

A man wearing a yellow Hi-Vis jacket intervened, grabbing one of the suspects. A 16-year-old boy has now been charged with conspiracy to rob.

Detective Sergeant Alan Stimson, from the Flying Squad, said: "I would like to thank the members of the public who so bravely intervened. We have spoken to a number of witnesses and whilst our enquiries continue, it is of paramount importance that we trace all those who saw something that day."

Picture: A motor scooter for illustration purposes only