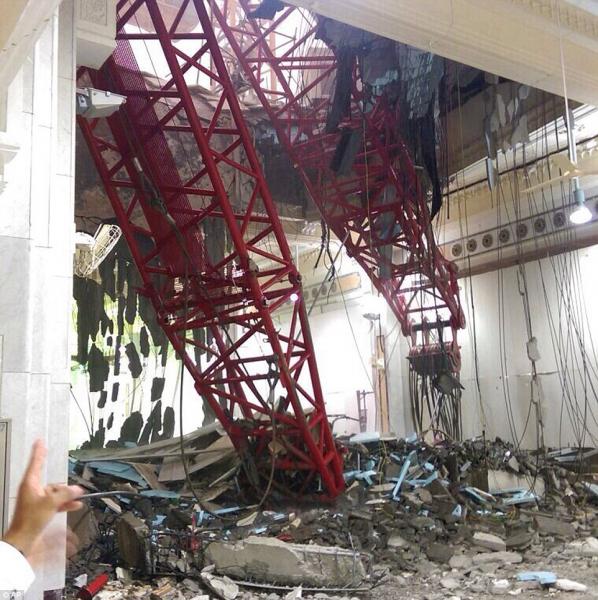 The death toll in the Mecca crane tragedy in Mecca last Friday may have been due to the rush to complete construction work at the Grand Mosque in Mecca.

The fatalities are likely to rise above the current 107 with over 230 people injured when one of the huge cranes surrounding the Grand Mosque, the largest in the world, fell on to the building while worshippers were attending.

Although there was uncertainty about whether it was particularly windy weather or a lightning strike that caused the collapse, concern had already been voiced about the wisdom of having construction work going on so near to what is regarded as the holiest site in Islam. There are currently a reported 15 large cranes surrounding the site amid major redevelopment work.

The main contractor for this and many other large scale building works in Saudi Arabia is the Saudi Binladin Group, founded by the father of the late Al-Qaeda leader, Osama Bin Laden.

Saudi authorities have insisted that the mosque will remain open for the annual hajj pilgrimage and official figures have stated that 910,000 have already arrived before 21 September when it begins officially. An emergency committee has been established by Saudi Arabia's King Salman who has promised to find the cause of the crane collapse at the Grand Mosque. It appears that the authorities are already moving towards the conclusion that the incident was because of the high winds during the thunderstorm.

The massive expansion, costing £14 billion, at the mosque complex will see an expansion by 4.3m sqft and allow 2.2 million people to be in the place at one time.

However, criticism that the building work was continuing in such close proximity to active worshipping, is bound to be voiced, even in a country that is not particularly known for free expression. Irfan al-Alawi, co-founder of the Mecca-based Islamic Heritage Research Foundation, told the Daily Mail that he believed it was negligent having a number of cranes overlooking the mosque. “They do not care about the heritage and they do not care about health and safety,” he stated.

Picture: The crane which caused the death of at least 107 people at the Grand Mosque in Mecca, Saudi Arabia