PPM on a High 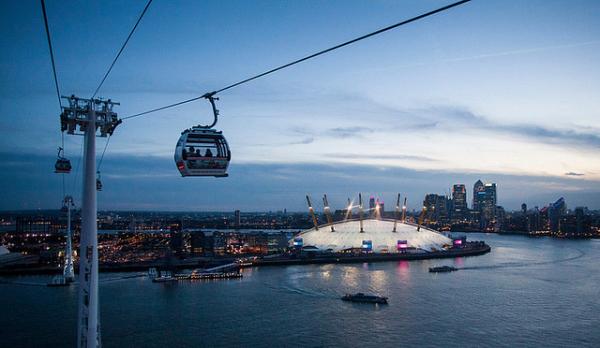 The Emirates Air Line - the cable car link that crosses the River Thames and helps link the Excel exhibition centre with the O2 (Millennium Dome) and is often useful in alleviating the big crowds is to close for essential planned maintenance for week of 13 to 19.

And there are likely to be big crowds. The Cleaning Show is on and probably won't generate much of a surge on its own but the Data Centre Show is also running which traditionally pulls in a huge audience. (ThisWeekinFM will have representatives at both.)

"Our planned maintenance week ensures that we can continue to run a safe and reliable service for all of our customers," said Danny Price, Head of the Emirates Air Line, TfL.

The work will be carried out by operator Mace Macro with assistance from Doppelmayr, who built the cable car system and have been involved in the operations and maintenance since then. As well as being a statutory requirement, it is part of the annual maintenance programme required by all cable car systems around the world.

This year, the join in the continuous 2.4 km cable will be opened up and inspected by experts from the company who manufactured it - an inspection that only needs to take place every five years. In addition to this, the electric drive motor and gearbox will be serviced as well as checks being made on the complex hydraulic and electrical systems that control the operation of the cable car.

While the closure is in place, the nearest alternative public transport is North Greenwich Tube station for the Jubilee line on the south side of the river and Royal Victoria DLR station on the north side.

Picture: The Emirates Air Line is closing for a week for one of London's biggest planned preventative maintenance jobs

A man was sentenced on Thursday 18 at the Old Bailey for manslaughter. The verdict was delayed on Wednesday as his judge was stuck in a lift! The convict now be...

The British Airways i360 attraction in Brighton reopened on was Wednesday March 1 after work was carried out to replace a damaged data ribbon. Visitors had been...

The Cordant Group, which has operated in both the recruitment sector (with an emphasis on the blue collar services) and the cleaning, security and M&E compliance...

TNT Express, the global express delivery company, has awarded Shepherd FM a mechanical and electrical maintenance contract for its 70 site portfolio. The partnership...

Lorne Stewart, an M&E services provider, has teamed up with the Oltec Group, which operates in soft services, to create a joint venture for...